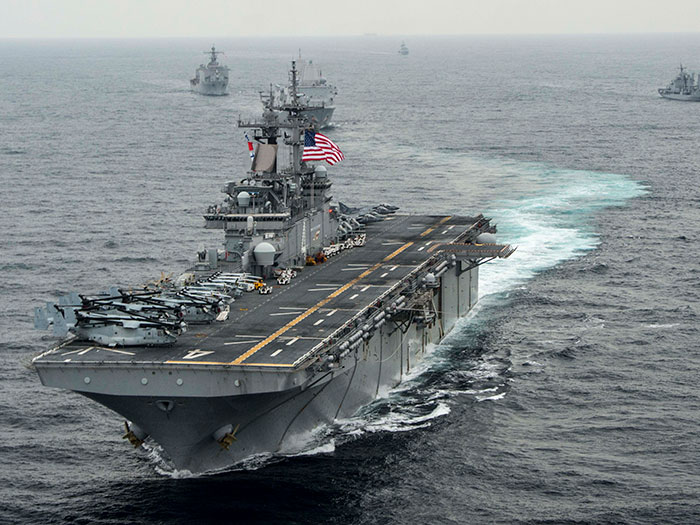 As tensions in the Strait of Hormuz ratchet up, an American warship has downed an Iranian drone that got too close.

At approximately 10 a.m. local time, the amphibious ship USS Boxer was in international waters conducting a planned inbound transit of the Strait of Hormuz. A fixed wing unmanned aerial system (UAS) approached Boxer and closed within a threatening range. The ship took defensive action against the UAS to ensure the safety of the ship and its crew.

Subsequently, Iran said that none of its drones were missing and state propaganda outlet released footage purportedly captured by the drone that, it claimed, showed that the drone was unharmed. Skeptics might think that this in fact was video streamed from the drone prior to its destruction.