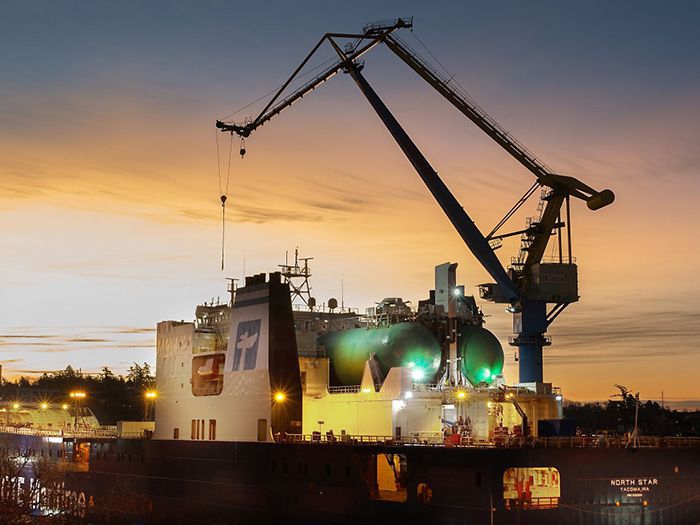 As we reported recently,  North Star, the first of the two 839-foot-long RO/RO ships, has already completed phase 1 of its conversion. However, in a statement released earlier this month, TOTE Maritime Alaska said it has elected to delay the upcoming LNG conversion phase-1 dry-dock of sister ship Midnight Sun by one year. Midnight Sun was originally scheduled to undergo phase 1 of the LNG conversion from mid-December 2018 through early-February 2019. TOTE Maritime Alaska will continue sailing both vessels throughout the year with the exception of routine holiday single-sailings.

TOTE Maritime Alaska says the adjustment to the conversion schedule aligns the ship’s LNG-readiness to the most recent timeline for Tacoma’s LNG-plant completion.

“In place of this year’s dry dock period, our team will continue preparing Midnight Sun’s transition to LNG for items that don’t require a dry-dock,” said the company. “TOTE Maritime Alaska is fully committed to convert the Orca class vessels to LNG, the most environmentally friendly maritime fuel available.”

The new conversion schedule is as follows;