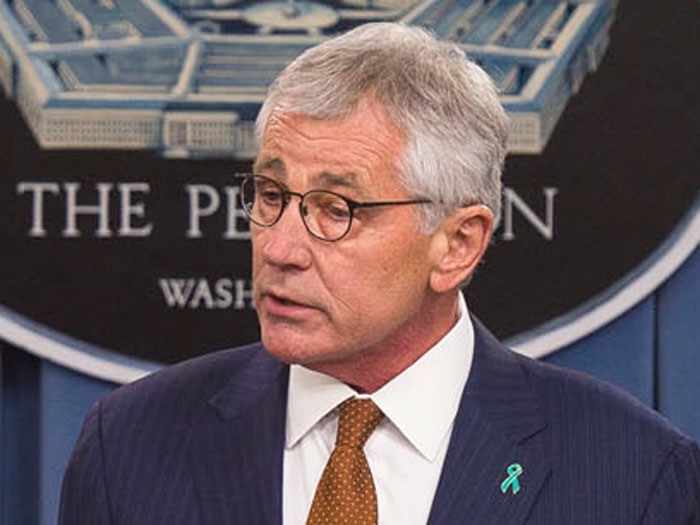 DECEMBER 12, 2014 — Secretary of Defense yesterday announced his decision on the small surface combatant (SSC) designs that will succeed the Littoral Combat Ship (LCS). Bottom line: the successors to the two current LCS designs are beefed up variants of those designs. The decision, though not surprising, will be greeted with relief by the two shipbuilders building the current ships.

Sean Stackley, Assistant Secretary of the Navy for Research, Development & Acquisition (RDA) told reporters that reporters the planned upgrades to the existing ships would add $60 million to $75 million, or less than 20 percent, to the current cost of the ships.

He said the Navy reviewed 18 existing ship designs in addition to a various permutations of the existing LCS  before deciding on the two designs,.

Earlier this year, expressing concern that the U.S. Navy was relying too heavily on the littoral combat ship (LCS) to meet long-term targets for the size of its fleet, I announced that the Defense Department would not undertake new contract negotiations beyond 32 littoral combat ships, and directed the Navy to submit alternative proposals to identify and procure a more lethal and survivable small surface combatant, with capabilities generally consistent with those of a frigate. I specifically asked the Navy to consider completely new designs, existing ship designs, and modified LCS designs; and to provide their recommendations to me in time to inform the president’s fiscal year 2016 defense budget.

After rigorous review and analysis, today I accepted the Navy’s recommendation to build a new small surface combatant (SSC) ship based on upgraded variants of the LCS. The new SSC will offer improvements in ship lethality and survivability, delivering enhanced naval combat performance at an affordable price.

The LCS was designed to be a modular and focused-mission platform individually tailored for mine-sweeping, surface warfare, and anti-submarine warfare. Given today’s fiscal climate and an increasingly volatile security environment, I concluded the Navy must direct its future shipbuilding resources toward more multi-mission platforms that can operate in every region and across the full spectrum of conflict.

I have directed the Navy to assume a total buy of 52 LSCs and SSCs, with the final number and mix dependent on future fleet requirements, final procurement costs, and overall Navy resources. Production of the new SSC will begin no later than fiscal year 2019, and there will be no gap between production of the last LCS and the first SSC. A significant advantage to this approach is the ability to enhance naval combat performance by back-fitting select SSC improvements to the LCS fleet.

The Navy’s new proposal, like the LCS, will continue to have its critics, but considering the context of our broader naval battle force and the current strategic and fiscal environment, I believe it represents our best and most cost effective option. By avoiding a new class of ships and new system design costs, it also represents the most responsible use of our industrial base investment while expanding the commonality of the Navy’s
fleet.

Going forward, I have issued three directives to the Navy. First, by next May, the Navy will provide the secretary of defense with an acquisition strategy to support design and procurement of the SSC no later than fiscal year 2019, while continuing to identify further opportunities to enhance the new ship’s survivability and lethality. Second, also by next May, the Navy will provide a detailed assessment of the cost and feasibility of back-fitting the SSCs enhancements onto LCSs already under contract. Finally, in advance of fiscal year 2017 budget preparations, the Navy will provide the undersecretary of defense for acquisition, technology, and logistics and the director of cost analysis and program evaluation with detailed cost estimates as well as a plan for controlling those costs.

I want to thank the Navy for its rigorous analysis, as well as Deputy Secretary of Defense Bob Work; Vice Chairman of the Joint Chiefs of Staff Admiral Sandy Winnefeld; Undersecretary of Defense for Acquisition, Technology, and Logistics Frank Kendall; Director of Cost Assessment and Program Evaluation Jamie Morin; and Director of Operational Test and Evaluation Michael Gilmore for leading a task force to analyze the Navy’s recommendations. We look forward to working with Congress to ensure that our nation’s fleet remains unrivaled for many decades to come.