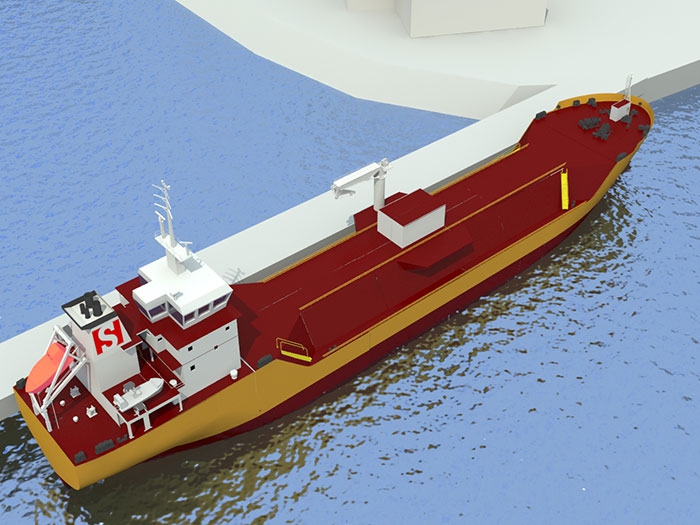 OCTOBER 7, 2018 — Keppel Offshore & Marine (Keppel O&M) reports that its Keppel Singmarine shipyard has signed two additional contracts with Stolt-Nielsen Gas B.V. following its exercise of its options to build two additional small-scale LNG carriers worth a total of around S$105 million (about US$ 76 million).

Three options were granted under the original shipbuilding contract signed by Keppel Singmarine and Stolt-Nielsen Gas in May 2017 to build two LNG carriers (see earlier story). The first option lapsed in November 2017, while the second and third options have now been exercised by Stolt-Nielsen Gas.

“We are pleased that Stolt-Nielsen Gas has exercised their options to build two additional LNG carriers,” said Mr Abu Bakar, Managing Director (Gas & Specialized Vessels), Keppel O&M. “It reflects the partnership that we have built over the past year, and Keppel O&M’s ability to leverage our newbuild and LNG expertise to provide customized solutions.”

“These LNG carriers will be the fourth and fifth vessels capable of LNG bunkering as well as the eleventh and twelfth LNG powered vessels that Keppel will be building. We look forward to furthering this track record as the industry increasingly adopts LNG as a marine fuel.”

Like the preceding two units, the two LNG carriers will each have a capacity of 7,500 cu.m and be fitted with engines that can run on both diesel and LNG. To be completed in fourth quarter 2020 and first quarter 2021, the carriers will have a class notation for bunkering which enables the provision of LNG bunkering services if required.