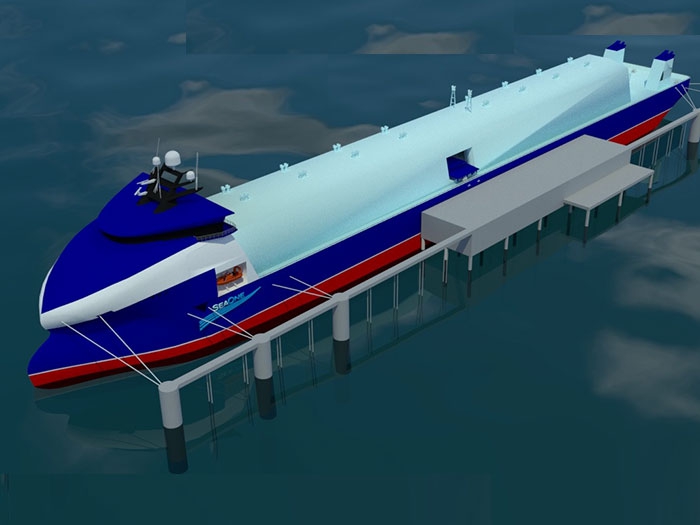 Front-end engineering design (FEED) studies for the project are in progress.

The vessels will be equipped with SeaOne’s patented CGL technology and systems and will transport CGL cargoes to receiving terminals in the Caribbean, Central and South American regions, from a CGL production facility now under construction at the Port of Gulfport, MS

The SeaOne CGL containment system operates independently within insulated cargo holds maintained at -40ºC, and is not integral to the vessel design. The containment system is 100% full in transit, not subject to sloshing and boil-off, and does not retain a gas blanket after the CGL cargo is offloaded.

The CGL carriers will run on IMO Tier III diesel engines with a maximum sailing speed of 20 knots. They will be ABS-classed and fly the Marshall Islands flag.

“Sembcorp Marine is very excited to partner with SeaOne on the CGL carrier project,” Sembcorp Marine Head of Specialised Shipbuilding Freddie Woo said. “By combining our respective expertise, I believe this collaboration will result in high-performing vessels that set the standards for CGL cargo transportation.”

SeaOne President and COO Dr. Bruce Hall said: “SeaOne has been working with Sembcorp Marine management and engineers for a while now. We have found them to be a proactive company that listens to new ideas in the gas and liquids marine transportation business and provides constructive inputs on the design of the large CGL transportation vessels. We are pleased to have Sembcorp Marine and its affiliates as part of the project.”

The signing of the LOI for the CGL carriers is a major milestone in the ongoing development and implementation of SeaOne’s extensive Caribbean Fuels Supply Project. This project is undertaken to develop an environmentally-friendly, lowest cost, and safe means of transporting gas and gas liquids together as a single cargo.

“The Caribbean Fuels Supply Project is certainly an industry game-changer,” SeaOne Chairman and CEO Forrest Hoglund said. “Supported by the Sembcorp Marine-built large CGL carriers, it will, for the first time, provide to the region the lowest cost of fuel while reducing emissions substantially. This will have a significant positive impact on current socioeconomic benefits to the region.”

SeaOne’s signing of the LOI with Sembcorp Marine follows its June signing of an LOI with South Korean shipbuilder Samsung Heavy Industries for the construction of twelve articulated tug/barge (ATB) units for the project (see earlier story).