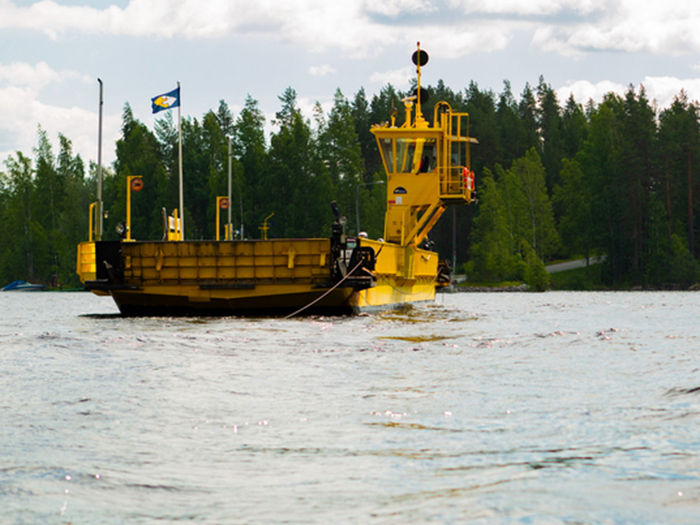 One of two Finnish ferries modernized by Schottel

Spay, Germany, headquartered Schottel reports that its after sales team has carried out a modernization on two double-ended ferries operated by FinFerries

Both vessels, capable of holding either 14 cars or up to 60 tons of payload, were originally equipped with various propeller systems manufactured in different years. For the retrofit, the state-owned operator requested a tailor-made concept to allow the same propeller assembly to be used by both. At the same time, the solution had to be quick and easy to install.

In each ferry, two Schottel Rudderpropellers type SRP 150 have been installed. In one ferry, the Hanhivirta ferry, it was possible to install the Rudderpropeller in the existing well. For the sister vessel, Mossala, an adapter ring had to be incorporated as its well was considerably larger. To prepare for the installation at the FinFerries site, a team of engineers from the company attended a one-week training session at the Schottel Academy in Spay.

The advantage of this retrofit is a higher degree of standardization in its fleet – which reduces costs for spare parts and increases availability. In addition to the two SRP 150s installed in the vessels, FinFerries also ordered a separate unit as a spare. This allows for quick replacement in case of an outage and ensures 24/7 service.

A third ferry, Kuparovirta, a sister vessel of Hanhivirta, will also be retrofitted with Schottel Rudderpropellers by the end of the year.

Vessels like those employed by FinFerries can have a lifetime of up to fifty years and longer. However, when spare parts are needed, there’s no time to wait. From its warehouse in Spay, Schottel can get spare parts to any customer worldwide within 24 hours of order placement. As an OEM, Schottel guarantees the availability of spare parts for the coming decades.