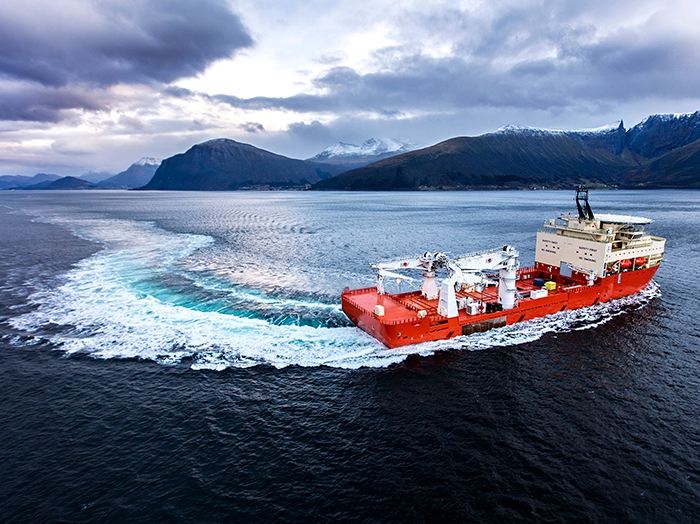 Schottel Combi Drives give increased maneuverability for a wide range of different applications.

The 160 m by 30 m vessel is designed for operation as an offshore construction vessel with multifunctional applications and preparations have already been made to enable a subsequent changeover for additional operations, including special measures for use as a module carrier.

The vessel will have increased maneuverability for a wide range of applications thanks to its being supplied with three powerful Schottel Combi Drives of type SCD 710 (formerly SCD 3040) in the Rudderpropeller version with an input power of 3,300 kW each.