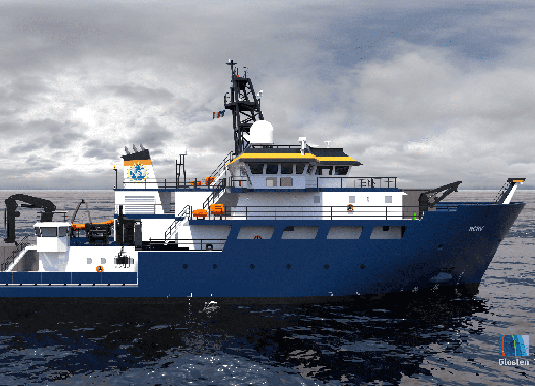 Back in 2013, NSF selected Oregon State University (OSU) to lead the initial design phase for as many as three new vessels, and the National Science Board authorized as much as $365 million for the project. Oregon State in turn selected Gulf Island Fabrication, Inc., Houma, La., as the shipbuilder for the project. OSU will operate the first vessel, the Taani, which will operate primarily in the Pacific Ocean. Funding for a second vessel was approved in June of 2018, and the East Coast Oceanographic Consortium led by the University of Rhode Island to operate the vessel primarily in the Atlantic Ocean.

OSU received an additional award of $108.12 million from the NSF to manage the construction of a third Regional Class Research Vessel, which will operate in the U.S. Gulf and exercised an option for its construction earlier this year (see earlier story).

The choice of the LUMCOM and USM to operate the vessel was announced earlier this month by Louisiana Governor John Bel Edwards.

“This is something that we have been working on for the last three years, and we are excited to see it come to fruition,” said Gov. Edwards. “We appreciate the NSF for recognizing the importance of building these vessels and look forward to the research they will provide concerning the geological impacts of hurricanes in the Gulf on the fisheries and their production and oil and gas resources along Louisiana’s coast and globally. It’s also a double win for our state with Louisiana shipbuilders constructing the vessels here and LUMCON operating one as well.”