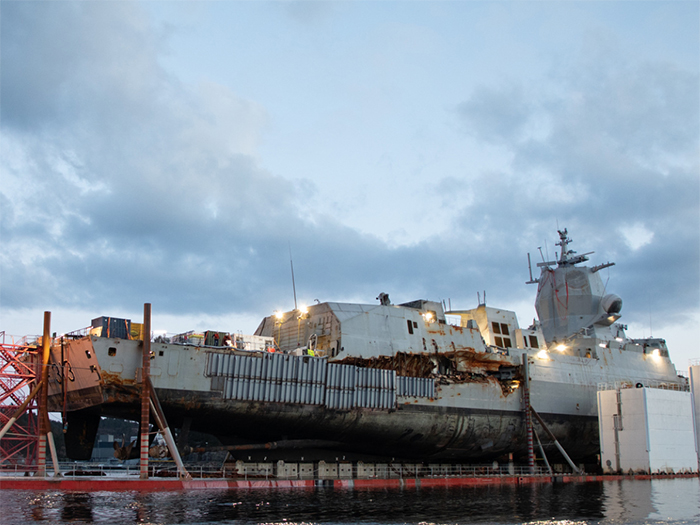 Norwegian Defense Minister Frank Bakke-Jensen says that the Government has decided it is more appropriate to dispose of the frigate KNM Helge Ingstad, rather than to repair it.

The frigate sank following a November 8, 2018, collision with the tanker Sola TS. Subsequently investigators from Accident Investigation Board Norway identified safety-critical issues related to the frigate’s watertight compartments that, it said, raised doubts about Norway’s four other Nansen-class frigates and other vessels based on Spanish shipbuilder Navantia’s F100 design (see earlier story).

“Good control at sea is absolutely essential in the defense of the country,” said Defense Minister Bakke-Jensen, “Therefore, we have been clear all the way that the capacity represented by KNM Helge Ingstad must be re-established. I want to ask the Chief of Defense about a specialist military advice on how the operational capacity can be replaced.”