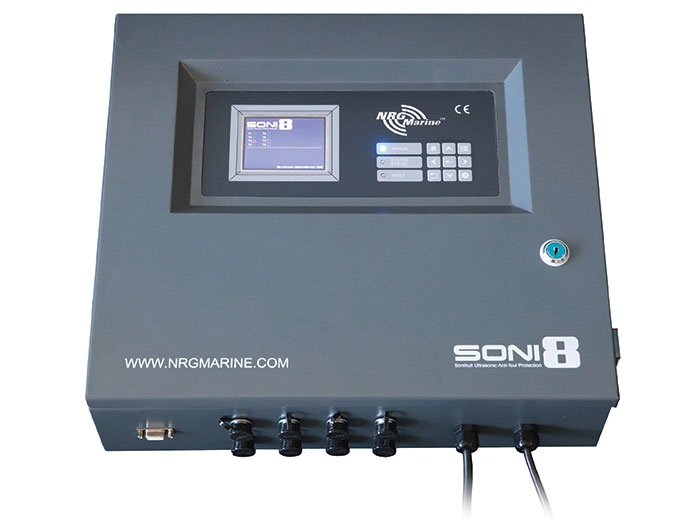 JUNE 14, 2018 — Norbulk Shipping has chosen an ultrasonic anti-fouling system from Coventry, U.K., based NRG Marine to protect the raw sea water pipework on three LPG tankers. NRG Marine says the Sonihull8 system is likely to reduce Capex and lifetime maintenance costs by up to 95% and has zero poisonous environmental legacy.

NRG Marine’s Sonihull8 systems have been fitted onboard Norbulk Shipping’s Hassi Messaoud 2, Alrar and Rhourd Enouss (pictured below). The three vessels are 44,000 DWT double-bottomed LPG tankers that were built between 2004 and 2005 by Japanese shipbuilder Kawasaki Heavy Industries.

The Sonihull8 installations are protecting raw sea water (RSW) circulation pipework against marine bio-fouling which would otherwise lead to blockages and possible damage due to overheating.

Unlike impressed-current systems, which rely on the electrolytic release of metallic ions to make the water uninhabitable, NRG’s Sonihull8 system does not require any drilling or specialist current-isolation when installed. There are also no sacrificial anodes to replace.

“Owners and operators can expect a reduction in Capex and lifetime maintenance costs of up to 95% when compared to impressed current systems,” said Darren Rowlands, Commercial Director of NRG Marine.

Sergejs Bondarevs, Technical Superintendent for Norbulk Shipping UK Ltd. said “We have already increased the back-flushing intervals on our central coolers and we are looking forward to rolling out similar savings across the fleet.”

With eight independent and programmable outputs, Sonihull8 can protect every part of a vessel or structure and, unlike biocidal coatings and impressed-current systems, Sonihull8 is low cost and low maintenance with zero poisonous environmental legacy. With one panel and eight transducers, Sonihull8 can protect all critical equipment inside and outside the hull while reducing the operator’s burden for fulfilling a vessel’s Green Passport Inventory for hazardous materials.