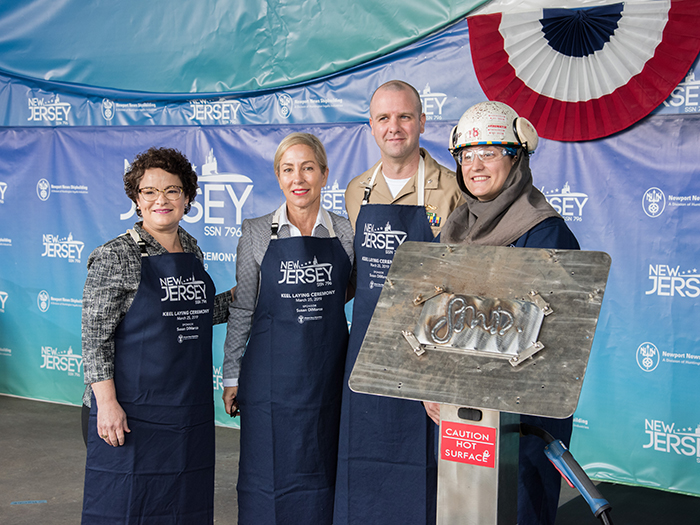 Susan DiMarco wife of former Secretary of Homeland Security Jeh Johnson, is the ship’s sponsor. She chalked her initials onto a metal plate. Shipbuilder Jess Batruk, who is originally from New Jersey, then traced the initials with a welding torch, signifying the keel of SSN 796 as being “truly and fairly laid.”

The metal plate will remain affixed to the ship throughout its life.

“I am extremely proud to sponsor the submarine New Jersey, named for my home state,” DiMarco said. “My family prides itself on service to our great country, and I am pleased to contribute in this way.”

New Jersey is the 23rd Virginia-class fast attack submarine. Construction began in March 2016 and is about 42 percent complete. The boat is scheduled for delivery to the Navy in 2021.