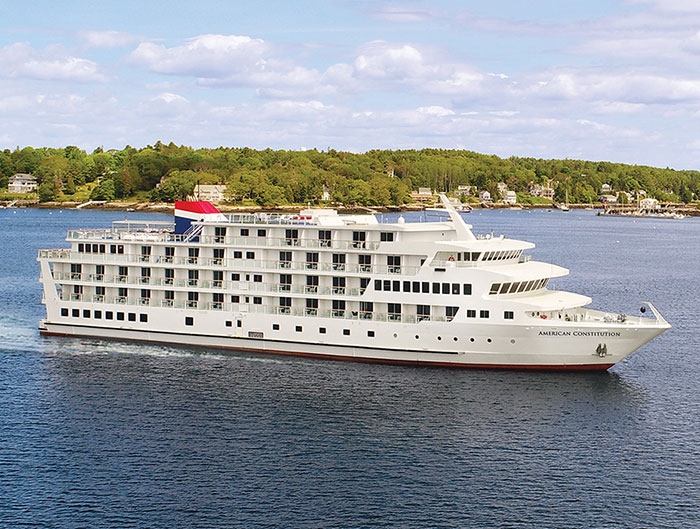 The 75-passenger ship departed from Baltimore on April 18 on a new 11-day, 10-night American Revolution itinerary.

“American Constitution has been exceptionally well received and all the spring 2018 American Revolution cruises are already sold out,” a company official said.

During the inaugural sailing last week, American Constitution made additional news as it docked inside the District of Columbia at The Wharf. This was the first time a cruise ship has called on D.C.’s Southwest waterfront in over 60 years.

American Constitution is the newest ship in American Cruise Lines’ expanding fleet of 10 coastal and river ships. When the spring American Revolution itineraries conclude late May, the new ship will head north to do the Line’s popular Grand New England Lobsterbake cruises over the summer and Hudson River Fall Foliage cruises in the fall.