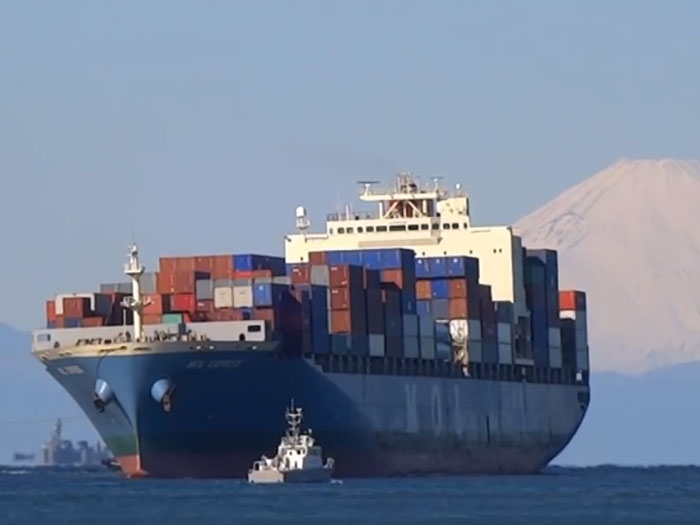 The ship was to undergo repairs on its main engines and was maneuvering to an anchoring area within the harbor.
As of 12:00 on January 12, the hull was in a stable condition, no crew members had been injured, and no oil leakage had been confirmed.

Seaspan Corporation said today that all preliminary reports indicate the hull is in a stable condition, and no environmental damage has occurred.

“Seaspan and MOL, with the assistance of salvage experts, are working on refloating the vessel and restoring it to its original condition,” said a statement. “All parties involved are working closely with the appropriate authorities.”