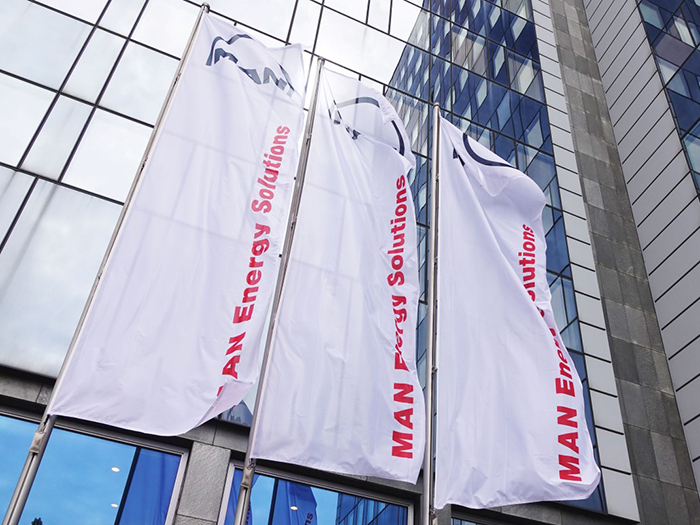 The executive board and employee representatives of MAN Energy Solutions have agreed on a joint paper outlining the key points of the restructuring of the company announced July 22. The new plan lowers the total number of jobs targeted for elimination from 4,000 to 2,600.

The revised target has the support of MAN Energy Solutions’ parent, the Volkswagen Group, which says that when plans for implementation of the structuring are in place it will put its plans to sell the company.

In return for the reduction in the job cut total, concessions related to labor costs have been agreed upon that will allow the company to achieve its restructuring objectives.

The company will reduce the size of its Berlin site, where it will focus on the production of components. It will also keep its service business in Hamburg intact. It will, however, halt steam turbine production there. Restructuring measures have been agreed upon for the Augsburg and Oberhausen sites, and the organizations in Denmark, France, England, and Switzerland will also be streamlined.

Implementation of these measures will result in the loss of approximately 2,600 jobs, including around 1,650 in Germany and 950 in other European and non-European countries.

“This necessary reduction in the workforce will be carried out in a socially responsible manner, although terminations for internal business reasons cannot be ruled out,” says the company..

In order to meet the targeted cost cuts of 450 million euros the parties of the collective labor agreement will negotiate in order to achieve a reduction in personnel costs of around 40 million euros annually for the period from 2021 to 2023.

“As much as we would like to, we cannot avoid job cuts completely,” said Dr. Uwe Lauber, CEO of MAN Energy Solutions: “The implementation of the measures agreed upon in the paper on the basis of compensating measures will result in fewer job cuts than originally planned. At the same time, we are sticking to our target and creating the necessary freedom to more effectively absorb external effects in the future. We are streamlining and focusing our organizational structures and are improving our earnings situation over the long term by cutting costs.”

VOLKSWAGEN NOT TO SELL COMPANY

The Volkswagen Group says it expects that the necessary prerequisites for implementation will be successfully finalized by the end of 2020. Once this has happened Volkswagen will suspend its plans to sell MAN Energy Solutions until the finalization of the restructuring efforts, which include job cuts, reduction of personnel cost and the relocation of products to foreign production centers. This will apply at least until the end of 2024.

The Volkswagen Group has further agreed that the company will remain part of the group until at least the end of 2026 if it achieves a profitability target of 9% EBIT on a consistent basis by that date.

“Volkswagen has called on both the management and employees of MAN Energy Solutions to come up with a concept that will make it possible for the company to position itself for the future and achieve financial independence,” said Lauber. “The paper lays the foundation for this concept. Volkswagen is now giving us the opportunity to implement the agreed upon measures as part of the group.”