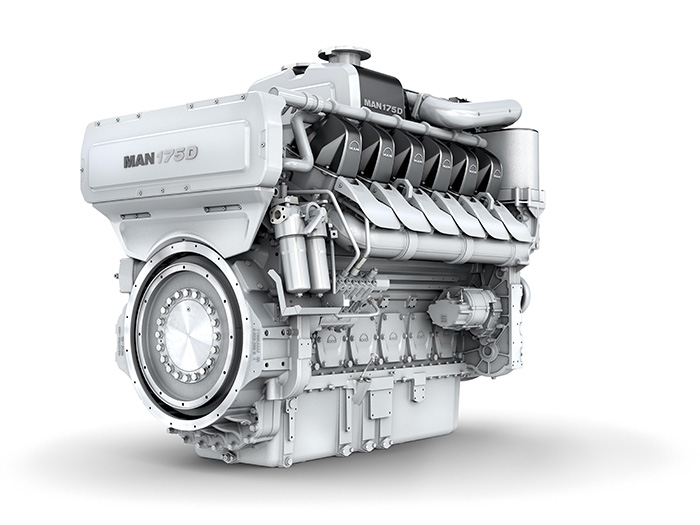 After a successful factory acceptance test (FAT) in July 2017, witnessed by a delegation from the Italian Navy, MAN Diesel & Turbo has delivered four MAN 12V175D generating sets to shipbuilder Fincantieri Muggiano Shipyard, where the first of a class of seven Multipurpose Offshore Patrol Vessels (Pattugliatore Polivalente d’Altura – PPA) is currently under construction.

This marks a milestone for the MAN 175D as, after being successfully operated in commercial marine installations, the engine is now available as a fully qualified and referenced product for the defense market.

Following the delivery of main and auxiliary engines for the Logistic Support Ship (LSS) Vulcano, this is MAN Diesel & Turbo’s second contribution to the Italian Navy’s fleet renewal program, and will not be the last as the engines for its Landing Helicopter Dock (LHD) are currently in production and the follow-up gensets order for the second PPA has recently been placed by Fincantieri.

Lex Nijsen, Head of Four-Stroke Marine, commented: “MAN Diesel & Turbo SE is proud of having contributed with the MAN 175D to such an ambitious and technologically advanced fleet renewal program. The close cooperation with Fincantieri and the Italian Navy has been the key factor for a successful project and has laid the foundation for securing the order for the second shipset”.