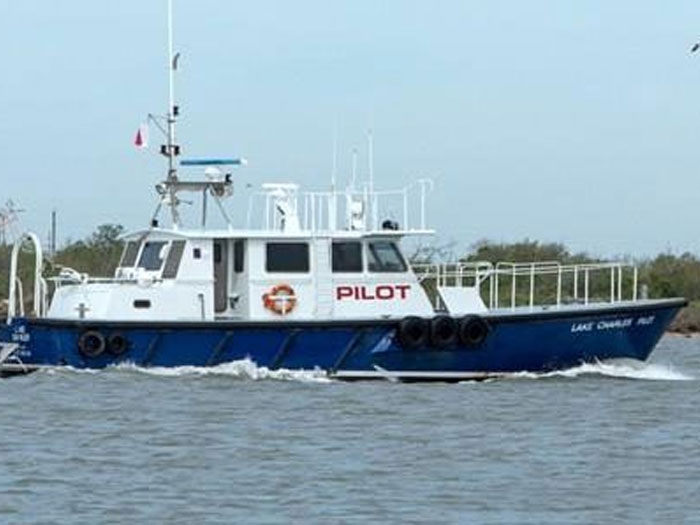 With delivery set for 2018, the new pilot boat will have an length overall of 70 ft, beam of 22 ft, and draft of 6.8 ft. The vessel will be powered by two Cummins QSK38-M, EPA Tier 3 diesel engines, each delivering 1,300 Bhp at 1,800 rev/min and a top speed of 27 knots. The engines will turn five-blade NiBrAl Bruntons propellers, connected to a pair of Twin Disc gear boxes. To optimize fuel economy, vessel handling and comfort, twin Humphree interceptors, with automatic trim optimization, will be installed at the transom. Two Northern Lights 25kW generators will produce electricity.

The wheelhouse is aft of amidships and features forward-leaning front windows, each fitted with retractable solar blinds. It will be outfitted with seven pilot seats, a settee, and baggage rack behind the centerline helm station. The forecastle will include a stateroom, with upper and lower berths, enclosed head, a small galley, and hanging lockers and storage. HVAC will be supplied by three 16,000 Btu Marine-Air reverse-cycle air- conditioning units – two cooling the wheelhouse and the third serving the forecastle.  Interior sound levels will be under 80 decibels at full power, said shipyard officials.

Outside the wheelhouse are wide side-decks and handrails, and aft of the wave break on the foredeck are port and starboard boarding platforms.  A control station will be at the transom, along with a winch-operated, fixed davit over a recessed platform, with stairs, for pilot rescue operations.