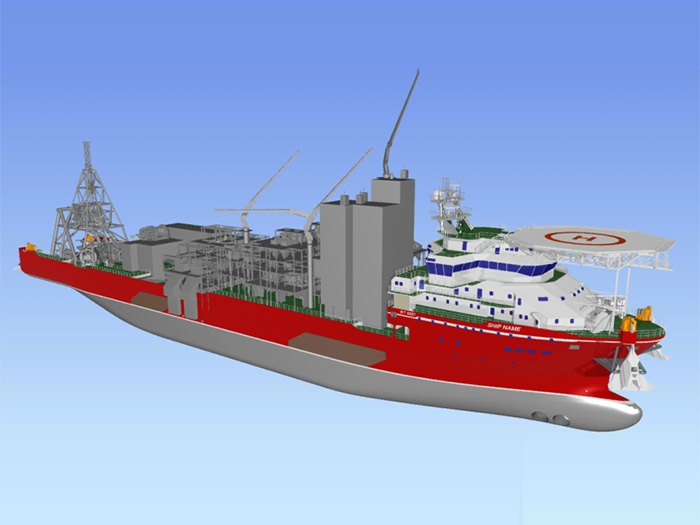 Vessel will be built to Marin Teknikk MT 6027 design

Like the world’s first vessel of this type, the M/V SS Nujoma, delivered to De Beers by Kleven in 2016, the vessel is being built to design by Norwegian design house Marin Teknikk AS. However, it will be substantially larger, with a length of length of 177 m and a breadth of 27 m, compared to the first ship’ s length of 113 m long and 22 m breadth. It is the largest ship yet designed by Marin Teknikk and will be the longest vessel to date to be built at the Kleven shiyard in Ulsteinvik, Norway.

“We are really pleased to continue our partnership with De Beers Marine Namibia, and to work with them on the realization of this extraordinary vessel,” says Kleven CEO Ståle Rasmussen. “At this stage it is an MoU, but both parties have every intention of turning this into a firm agreement during the first few months of 2018.”

“With unrivaled sample quality and a fuel consumption 30% lower than expected, the SS Nujoma has been a success story for us from the start,” said Mike Curtis, Head of Projects in De Beers Marine. “We are really pleased with the vessel and the great partnership we have with Kleven and Marin Teknikk, and the realization of a mining vessel is the natural next step for us.”

Marin Teknikk AS says the new vessel will feature an extensive package of equipment, developed by De Beers over a long period of time, to find diamonds laying in a 4-5 m layer of sediment.

With accommodations for 109 people, the vessel is designed in accordance with the requirements for the class notation ECO (Clean Design). High focus has been given to low fuel consumption, which reduces emission to the environment.