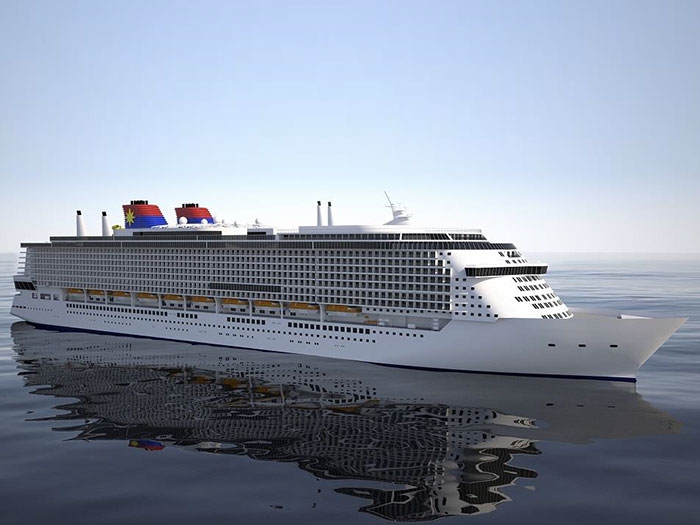 With 5,000 lower berths each, the 201,000 gt ships are being built for Genting’s Star Cruises brand and will be the largest cruise ships built in Germany.

Delivery of the “Global Class” mega ships will commence between 2019 and 2020. The first two ships ordered in the “Global Class” series are designed with “Chinese Characteristics” and they will be the first purpose built cruise ships deployed for the contemporary Chinese market.

“Passengers on our ‘Global Class’ ships will enjoy an international class cruise experience to all parts of the world, yet in an environment where they will feel at home, whether it is food, culture, shows, enrichment programs or excursions,” said Tan Sri Lim Kok Thay. “With the first two ships, we are focused on delivering a world-class vacation experience for Chinese cruise passengers at an affordable price whilst enjoying fun-filled onboard and on-land adventures in many cities in the most seamless way, without the necessity of checking-in and checking-out of airports and hotels.”

Genting Hong Kong pioneered year-round cruising in Asia 23 years ago with Star Cruises and acquired Norwegian Cruise Line 16 years ago – rejuvenating and growing the line to be the third largest and most profitable cruise line on a per berth basis in the United States.

“Now it is time to come home and rebuild Star Cruises with a fleet of brand-new vessels which will transform Star Cruises to be the youngest, largest and most innovative cruise line in Asia and reclaim our leadership position with our ‘Global Class’ series of quality-built mega cruise ships,” said Tan Sri KT Lim.