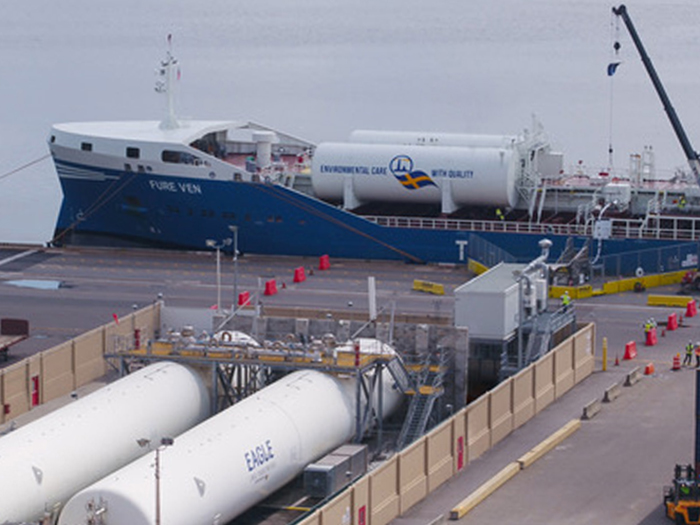 Puget LNG, LLC and GAC Bunker Fuels Limited have signed a Memorandum of Understanding to cooperate in the supply and sale of LNG marine fuel from Puget LNG’s terminal to GAC’s customers in the Pacific Northwest.

When the Tacoma LNG Terminal becomes operational in the second quarter of 2021, it will be the first such terminal on North America’s west coast providing direct shoreside loading access for a bunker barge.

GAC Bunker Fuels, a division of the Dubai-based GAC Group, is planning to issue a Request for Proposal for a Jones Act-compliant LNG bunker barge to be constructed, owned, and operated by a third party. The barge would have the flexibility in size and design to serve multiple shipping customers and is expected to be operational in 2023. Loading from Puget LNG’s terminal in Tacoma, the barge will be able to bunker vessels in port. GAC will extend credit terms to shipping companies that purchase fuel on both contract and spot basis.

“This exciting foray into the Pacific Northwest with Puget LNG is the latest expansion of our footprint in the U.S., adding to GAC’s growing LNG fuel portfolio,” says Nicholas Browne, GAC Bunker Fuels’ Global Director, says:

GAC Bunker Fuels’ first move in the U.S. LNG-bunkering market came last year, when it provided brokerage and ship agency services to the Furetank tanker Fure Ven, which was the first non-U.S. flagged vessel to receive LNG in a U.S. port. The company also entered into a heads of agreement with Houston-based Pilot LNG for LNG marine fuel to be delivered ex-ship for its customers in the ports of Houston, Texas City, Galveston and Galveston Offshore Lightering Area.