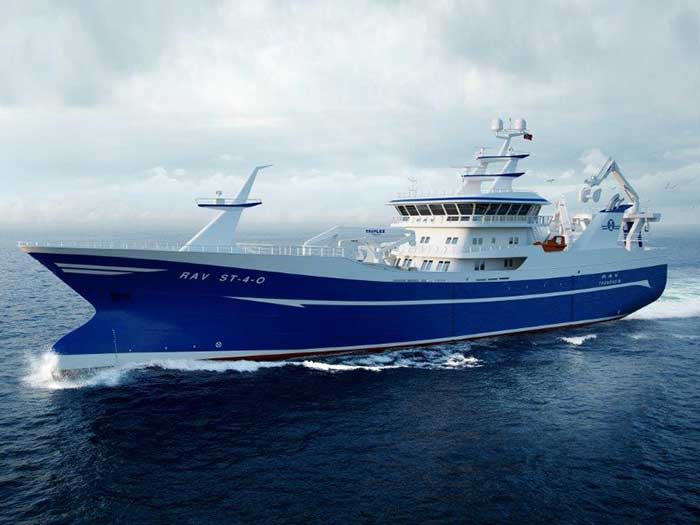 SEPTEMBER 8, 2016 — Wärtsilä has won its first fishing vessel order for its Wärtsilä 31 engine, which has been recognized by Guinness World Records as being the world’s most efficient four-stroke diesel engine

The Wärtsilä 31 has been chosen as the main engine for a new purse seiner/trawler being built by the Danish shipbuilder Karstensen Shipyard. The ship will be owned by Peter Hepsø Rederi AS based in Norway. In addition to the main engine, Wärtsilä will also supply the complete propulsion system comprising a two-speed gearbox, controllable pitch propellers, nozzle, the Wärtsilä Propulsion Control System, and the shaft generator.

“The Wärtsilä 31 engine has established a new benchmark in terms of fuel efficiency, which means also that its overall emissions performance is excellent. Furthermore, the Wärtsilä two-speed gearbox provides additional fuel savings and lower noise levels. We are very pleased to be working with the yard and owners in this project to introduce a world class trawler to the market,” says Aaron Bresnahan, Vice President, Sales, Wärtsilä Marine Solutions.

“Our company will be celebrating its 100 year anniversary in 2017. It is appropriate, therefore, that we mark the occasion with a new vessel that will represent the future of the fishing fleet. Wärtsilä’s propulsion solution provides the efficiency and environmental sustainability we needed for the ship,” says Audhild Hepsø, General Manager, Peter Hepsø Rederi AS.

The 80 m long purse seiner/trawler will primarily operate in the North Atlantic, the North Sea and in Norwegian waters.