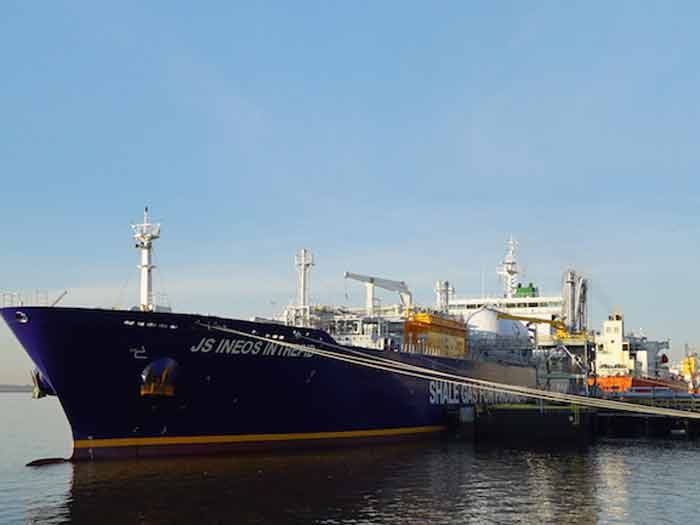 The Marcellus Shale natural gas liquid was transported to the Sunoco terminal from from Western Pennsylvania through the 300 mile Mariner East pipeline.

This is the first time that U.S. ethane shale gas has ever been shipped to Europe and marks the culmination of a long-term investment by Ineos.

The Ineos Intrepid is one of four specially designed Dragon class ships, chartered from Evergas, and built by Chinese shipbuilder Sinopacific, that will form part of a fleet of eight of the world’s largest ethane capable carriers. The dual fuel vessels are capable of burning ethane as fuel and fuel saving features include use of a shaft generator.

The U.S. shale gas will complement the reducing gas feed from the North Sea.

Jim Ratcliffe, chairman and founder of Ineos, said, “This is an important day for Ineos and Europe. We know that shale gas economics revitalized U.S. manufacturing and for the first time Europe can access this important energy and raw material source too.”

To receive the gas, Ineos has built the largest two ethane gas storage tanks in Europe at Rafnes in Norway and Grangemouth in Scotland. Ineos will use the ethane from U.S. shale gas in its two gas crackers at Rafnes and Grangemouth, both as a fuel and as a feedstock. It is expected that shipments to Grangemouth will start later this year.