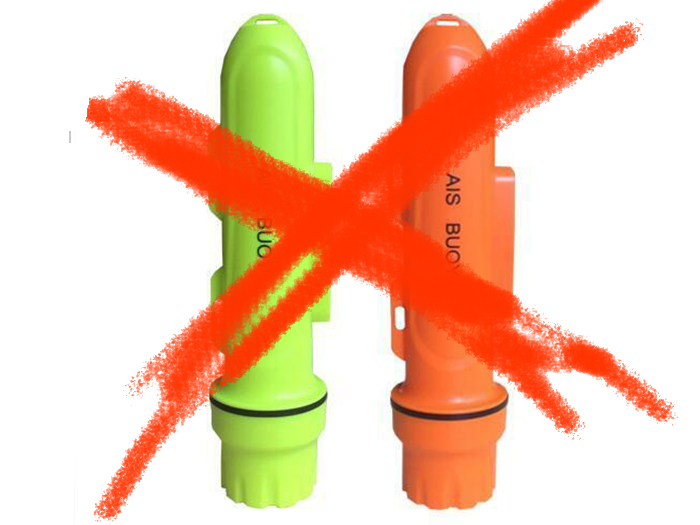 The Federal Communications Commission is to crack down on the use of “nuisance AIS” transponders deployed on things like fishing nets and widely available from sites such as eBay under the name of “fishing beacons.”

“In the last year, the Coast Guard has received various reports from perplexed AIS users who have seen various unknown and erratic targets appearing on their AIS, many of which were unable to be ‘seen’ on radar or visually.”

According to Arroyo, further research indicated that most of these ghost targets have turned out to be as AIS-like devices used to mark fishnets, yet they appear as vessels to others.

“This is contrary to FCC and USCG regulations, such non-compliant devices, amongst other things, are illegal to be sold, purchased or used in the U.S.,” said Arroyo.

“The use of noncompliant AIS devices is illegal and has the potential to disrupt important maritime communications, increasing the risk of accidents by creating confusion about whether an AIS signal represents a vessel that must be avoided,” the advisory states.

“AIS is required to be properly installed, maintained, and used, but foremost, you should ensure you are buying a true AIS and not a knock-off sold on the internet,” said Arroyo. “As with all purchases, buyers beware—be informed.”

U.S. Coast Guard type-approved devices are labeled as such and numbered, either as USCG 165.155.xxxx or 165.156.xxxx. Similarly, they will also be labeled with a FCC type-certification number.

Given the potential harm non-compliant devices may have on navigation safety and the Coast Guard’s interest in all AIS devices being operated and maintained in proper order, the Coast Guard will assist the FCC in enforcing its rules.

Violators of the FCC’s rule may be subject to the penalties authorized by the Communications Act, including but not limited to, substantial monetary fines of up to $19,639 per day for marketing violations and up to $147,290 for an ongoing violation.