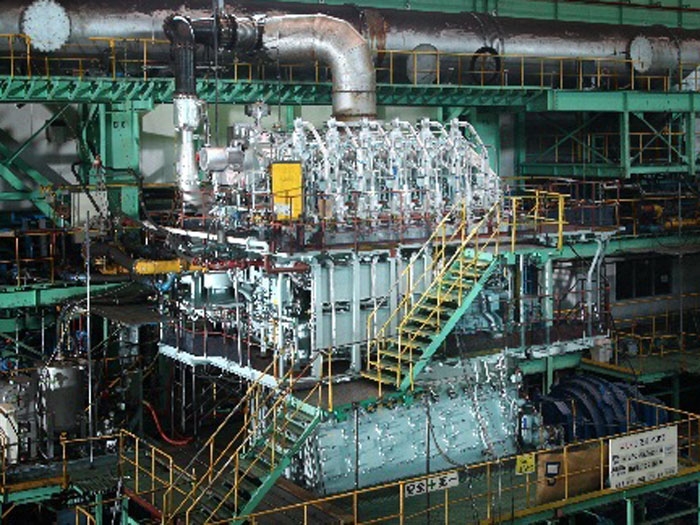 The MHI-MME low pressure EGR system tested was developed under the Class NK Joint R&D for Industry Program. The system can change combustion conditions inside an engine and suppress NOx generation by recirculating a part of the low pressure exhaust gas emitted from an engine turbocharger outlet to a turbocharger intake after being scrubbed by the EGR scrubber. Both initial and running costs are lower than those of a high pressure EGR system which utilizes high temperature and high pressure exhaust gas.

The tests at Kobe Diesel confirmed that parameters such as fuel oil consumption and NOx levels satisfied the intended objectives.

The low pressure EGR equipped MItsubishi 6UEC45LSE Eco B2 engine that was tested will now be installed in a 34,000 dwt bulk carrier currently under construction for Shikishima Kisen K.K. at shipbuilder Hakodate Dock Co., Ltd. Long-term durability tests will be carried out during sea trials and on subsequent commercial voyages. The availability of caustic soda, sludge disposal handling process, and certification process will be examined in collaboration with the shipowner, the operator (NYK Bulk & Projects Carriers Ltd.) and Nippon Yusen Kabushiki Kaisha.

‘We will improve the whole system and prepare for the future business based on the field service results and the expanding Tier III market,” says MHI-MME.