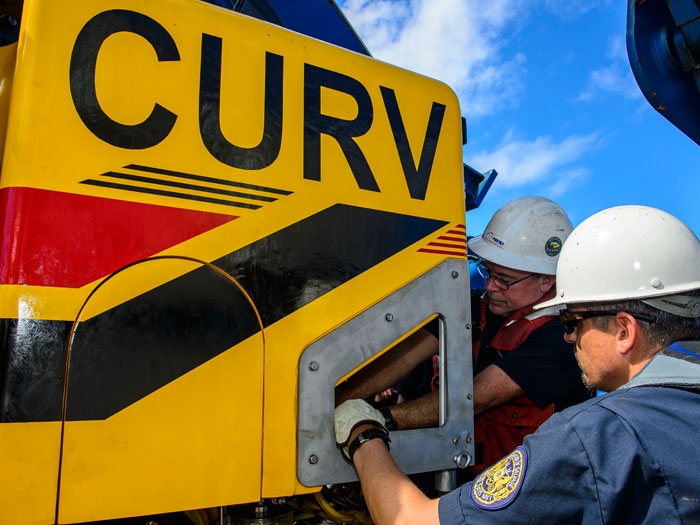 The NTSB said yesterday that the Curve 21 remote operated vehicle (ROV) was used to identify the wreck found off the Bahamas at a depth of about 15,000 feet as that of the TOTE ship that went missing on October 1 during Hurricane Joaquin.

The NTSB has contracted with the U.S. Navy to locate the El Faro, document the wreckage and debris field and recover the voyage data recorder (VDR).

The Curve 21 ROV documented both the port and starboard sides of the vessel.

The vessel is oriented in an upright position with the stern buried in approximately 30 feet of sediment.

The navigation bridge and the deck below have separated from the vessel and have not been located. The team has reviewed sonar scans of the nearby debris field and has not identified any targets that have a high probability of being the missing navigation bridge structure.

The voyage data recorder has not been located.

Future plans are to redeploy the Orion side scan sonar system to generate a map of the debris field to locate the navigation bridge structure.

NOVEMBER 4, 2014 — The National Transportation Safety Board says that the navigation bridge has separated from the wreck of the El Faro and has not yet been located.