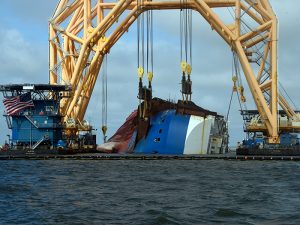 After waiting for weather windows and overcoming a number of technical difficulties, the Unified Command (USCG, Georgia Department of Natural Resources, Gallagher Marine Systems) working on the salvage of the capsized car 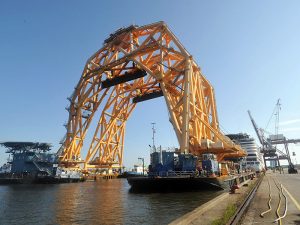 The Unified Command working on the salvage of the capsized car carrier Golden Ray says that the heavy-lift vessel VB-10,000 is set to arrive in St. Simons Sound as soon as Tuesday, 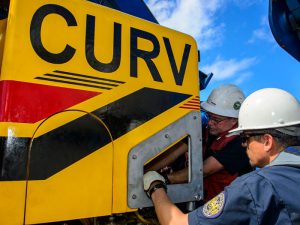 The NTSB said yesterday that the Curve 21 remote operated vehicle (ROV) was used to identify the wreck found off the Bahamas at a depth of about 15,000 feet as that of the TOTE ship that went missing on October 1 during Hurricane Joaquin.

The NTSB has contracted with the U.S. Navy to locate the El Faro, document the wreckage and debris field and recover the voyage data recorder (VDR).

The Curve 21 ROV documented both the port and starboard sides of the vessel.

The vessel is oriented in an upright position with the stern buried in approximately 30 feet of sediment.

The navigation bridge and the deck below have separated from the vessel and have not been located. The team has reviewed sonar scans of the nearby debris field and has not identified any targets that have a high probability of being the missing navigation bridge structure.

The voyage data recorder has not been located.

Future plans are to redeploy the Orion side scan sonar system to generate a map of the debris field to locate the navigation bridge structure. 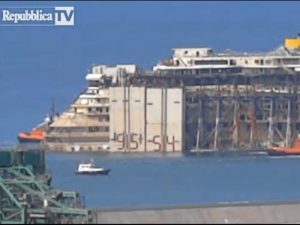 JULY 27, 2014 — The wreck of the cruise ship Costa Crociere has arrived safely in Genoa, Italy, for recycling. Preparatory operations for its entry into the port began at 5.00 a.m. 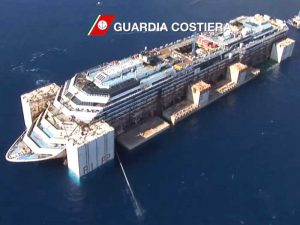 JULY 23, 2014 — Like a corpse in an open casket, the wreck of the cruise ship Costa Concordia is being towed, buoyed up by sponsons, towards Genoa for recycling at a 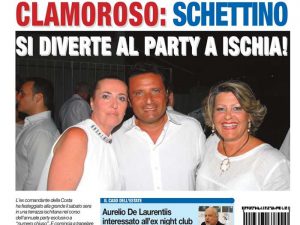 JULY 22, 2014 — As salvors worked to prepare the wreck of the Costa Concordia for towage, the man on the bridge when the cruise ship grounded (but in a lifeboat shortly 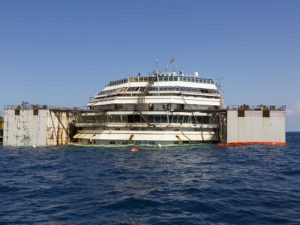 JULY 14, 2014 — It may be low in the water and supported by sponsons, but the Costa Concordia is afloat again. The first day of the refloating project was successfully concluded 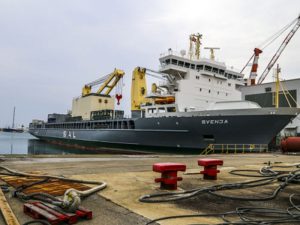 APRIL 26, 2014—The first of the 19 sponsons that will be installed on the Costa Concordia in preparation for the refloating of the submerged cruise ship arrived this morning in Giglio Island,

SEPTEMBER 17, 2013 — At 4.00 A.M. today local time, the Titan Salvage/Micoperi consortium announced that the Costa Concordia parbuckling operation had been successfully completed. The wreck of the cruise ship is