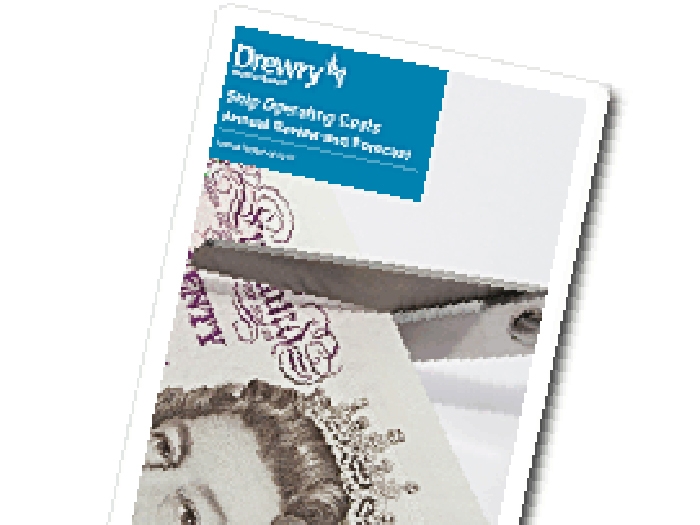 JANUARY 22, 2014 — In its just published Ship Operating Costs Annual Review and Forecast, London headquartered Drewry Maritime Research calls 2013 “another difficult year” for most ship operators. With weak freight earnings, there was pressure to keep any increase in ship operating costs to a minimum.

The new Drewry report says operators were able to keep increases in operating costs quite low last year – with increases in total costs typically ranging between 1.0-2.5% depending on the sector in question.

Though new international maritime conventions on safety, manning and the environment are placing upward pressure on some costs, saw depressed hull values and static or weaker commodity prices, which helped keep expenditure on insurance, lubricating oils and repairs (steel) in check.

“Poor freight markets have forced ship operators to keep any increases in ship operating costs to a minimum and our provisional data for 2013 suggests some success in this area,” says Drewry Managing Director Nigel Gardiner. “But looking ahead and given the expected outlook for the world economy and international shipping markets we expect to see operating costs rise by 2-3% per annum in the next couple of years”.

With the exception of LNG, manning costs increased by 1-2% in 2013, as overall fleet growth moderated and pressure was eased on officer supply. Looking ahead as the world comes out of recession and shipping markets improve, upward pressure on manning costs is expected to return with increases being higher than in 2013.

Shipowners and operators have certainly made a concerted effort to resist any increase in insurance premiums and they have been helped in this respect by weak assets values. But with some markets showing signs of revival in late 2013, and with a general recovery in asset values underway, Drewry expects insurance costs to rise in 2014.

Expenditure on items such as lubricating oils has been held in check by weak or static commodity prices, but if the world economy picks up in 2014 and commodity prices rise, costs in this sector are also expected to rise.

Increases in M&A spending appear to have been quite low in 2013 – typically less than 1.0%. Drewry says it is of the opinion that operators will do they best to keep increases to a similar figure in the short term.