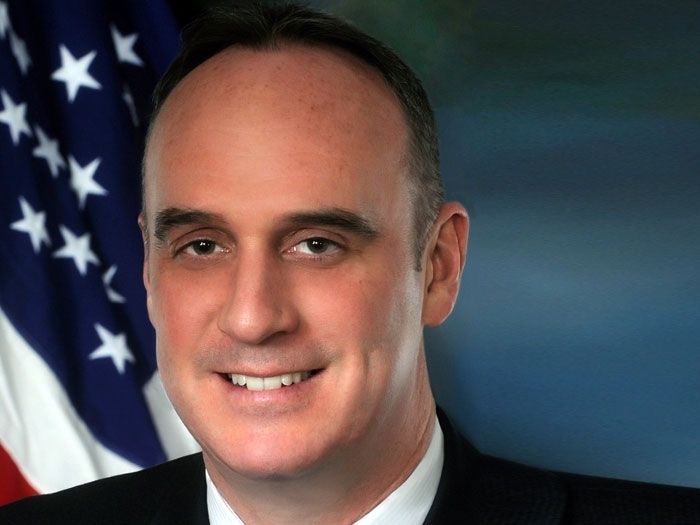 Now we know what that will be.

The Dredging Contractors of America’s (DCA) Board of Directors this week announced that Commissioner Doyle is to be its new Executive Director and Chief Executive Officer (CEO). He is expected to start his new role in the first week of January 2018.

“Bill Doyle is a proven leader in the maritime industry. His extensive experience spearheading maritime policy including drafting legislation, shaping policy and managing communications, combined with his enthusiasm and passion for the dredging and marine industry made him the right person to guide our industry association on an exciting journey forward,” said Ashley Kerns, President of the DCA Board of Directors and Senior Vice President of Mike Hooks, Inc.

As Executive Director and CEO, Mr. Doyle will direct DCA’s team to successfully represent, advocate and promote the common interests of the organization’s members and America’s dredging industry. Among his top priorities is the commitment to continuing the industry’s strong voice and advocating for the U.S. dredging industry and its stakeholders’ interests.

“The DCA is a strong and unified organization that helps our members and stakeholders succeed by advocating, educating and promoting for the common interests of the U.S. flag dredging and maritime community,”saidKyle Johnson, DCA Board Member and Executive Vice President & COO of Great Lakes Dredge and Dock Company said, We look forward to working with of all of our stakeholders and especially continuing our key partnership with the U.S. Army Corps of Engineers. Bill Doyle is the right person for the mission.”

Ms. Kerns added, “The DCA is especially grateful to our outgoing Executive Director, Mr. Barry Holliday, for his many years of successful leadership at the DCA. Barry’s long list of successes include a strong and robust partnership between the DCA and the U.S. Army Corps of Engineers and his important leadership as Chairman of RAMP—Realize America’s Maritime Promise—resulting in important reforms to, and improved maritime transportation funding from, the Harbor Maintenance Trust Fund. We wish Barry and his wife Kathy all the best.”

“I am honored and thrilled the DCA has selected me as the Dredging Contractors of America’s new Executive Director and CEO,” said Commissioner Doyle. “The dredging industry is the foundation to economic prosperity in the United States. Ships visit the U.S. from all over the world, and we are becoming a natural gas exporting nation. Larger ships now more than ever visit our ports as a result of the expanded Panama and Suez Canals. None of these ships would be able to dock in America but for the important work that dredging companies do to deepen and maintain our harbors, channels, ports, and inland waterways.”

Mr. Doyle will ensure that policy and decision makers understand the economic, national security, and environmental importance of the work performed by the U.S. flag dredging industry. Pointing this out, he stated, “When our coastal and inland waterways and communities are decimated by hurricanes, super-storms and Nor’easters, it’s the U.S. dredging companies that answer the call – deepening and maintaining our channels and harbors, replenishing our beaches, rebuilding our wetlands and barrier islands, and allowing our ships to transit and our families to enjoy outdoor conservation and recreational activities.”

“These are American built, owned, operated, and crewed dredging vessels. Our DCA members spend billions of dollars in the United States recapitalizing their fleets in U.S. shipyards and purchasing U.S. equipment. And they employ and provide benefits for thousands of hard working American families,” said Mr. Doyle. “Dredging companies and their mariners are true patriots. When the 2017 hurricane season ravaged Puerto Rico, the Caribbean, Texas, and Florida, the U.S. flag dredging and marine companies immediately made available their dredges to open our waterways and protect our shores and their tug boats and barges to deliver goods for humanitarian relief.”