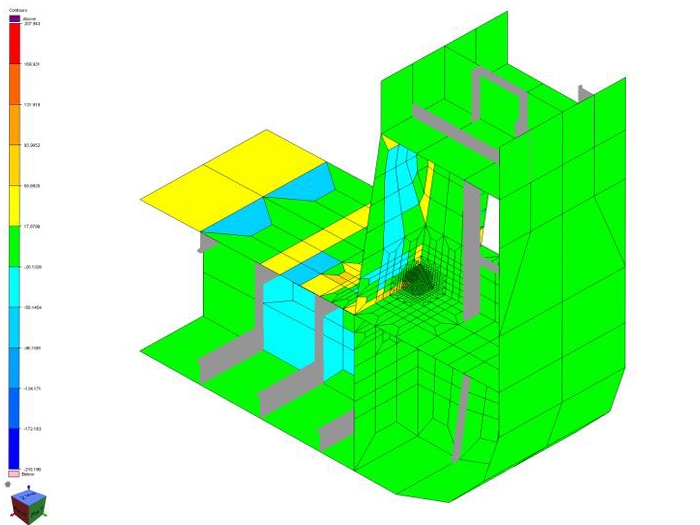 “We were one of the first classification societies to integrate support for the common structural rules into our tools,” says Vebjørn J. Guttormsen, Head of Section Calculation Tools at DNV GL – Maritime. “Since then, our tools have been used successfully in many newbuilding projects by shipyards and designers, especially in Korea, China and Japan, and the new versions build on this experience. As we were developing the new DNV GL rules we invested heavily in updating and expanding Nauticus Hull and Sesam GeniE, giving them better modeling and FE meshing capabilities, as well as improving how they interface with yard design and FE systems.”

The new IACS CSR has meant a shift towards more computerization of rule formulations and structural assessment. These more advanced methods of determining loads and structural strength will give a better picture of how a design will perform in reality.

The changes in Nauticus Hull and Sesam GeniE address the needs of designers, who will be working with an increased number of models and load cases, and will gain from a streamlined and efficient design iteration process.CSR BC & OT involve working with large FE cargo hold models with a huge number of load cases.

In the new version of Sesam GeniE, load application has been improved by integrating the adjustment of hull girder loads. Additionally, the graphical display and reporting of loads have been further improved to support model verification and the large number of load cases. Sesam GeniE also has powerful capabilities for yield and buckling check of the model according to CSR BC & OT. The latest release comes with several updates to the code check to further automate this process.

“Advanced software tools will continue to grow in importance in the future, with the increasing emphasis on making more realistic determinations of loads and structural strength,” said Mr. von Hall. “At DNV GL we have a large and dedicated software team and we are committed to ensuring that our tools provide the efficient engineering support our customers need, both today and in the future

The DNV GL rule calculation tools are provided free of charge in 2016 as part of the introduction of the new DNV GL rules. This also includes support for CSR BC & OT.