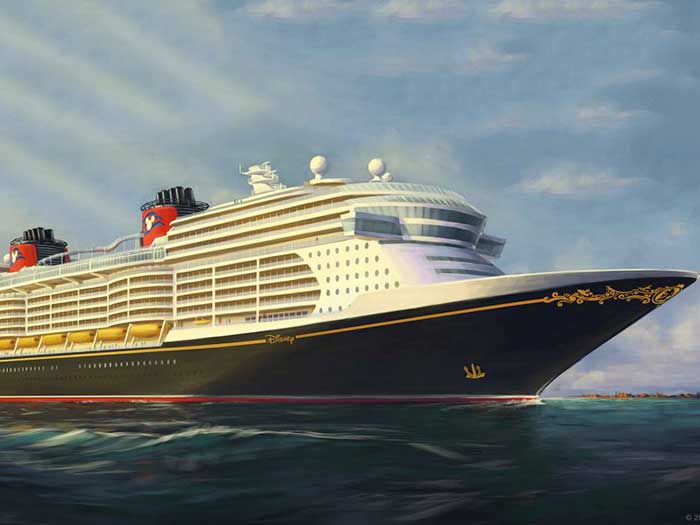 First of new ships will be named Disney Wish

Celebration, Fla., based Disney Cruise Line has entered into a memorandum of agreement with the Meyer Werft shipyard in Germany. It covers the construction of three new LNG-fueled cruise ships.

Plans for the new ships were announced some time back. In a 2016 announcement, Disney said it would build two new ships, then extended this to three the following year.

Presumably, the memorandum of agreement takes the deal a step nearer to the signing of actual shipbuilding contracts.

At approximately 144,000 gross tons and 1,250 guest staterooms, they will be slightly larger than the Disney Dream and Disney Fantasy.

The first of the new ships will be the cruise lines fifth ship. To be named Disney Wish, it is scheduled for delivery in late 2021 and is expected to set sail beginning in January 2022.

Two of the three ships including the first one will call Port Canaveral home. Back in May, the cruise line and the port recently signed a new 20-year agreement that will bump up its number of sailings from the port.