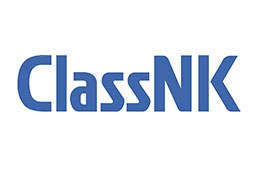 NOVEMBER 1, 2018 — Classification society ClassNK has released what it says is the world’s first software that calculates and analyzes a ship’s speed for Energy Efficiency Design Index (EEDI) calculation in compliance with the latest International Towing Tank Conference (ITTC) 2017 Guidelines.

MARPOL Annex VI sets out one parameter for calculating the EEDI of a ship’s speed in calm sea conditions based on speed trial results. To eliminate the effects of external factors during a sea trial (wind, waves, current, water depth, sea temperature) and provide a way to calculate and analyze a ship’s speed in calm sea conditions, IMO assigned two methods in its 2014 Guidelines on survey and certification of the Energy Efficiency Design Index; those were ISO 15016:2015 and ITTC 2014 Guidelines. However, at last month’s MEPC 73 , the IMO Guidelines were revised to require compliance with either ISO 15016:2015 or the ITTC 2017 Guidelines.

ClassNK has provided shipyards, and the greater maritime industry with PrimeShip-GREEN/ProSTA software as a support tool since 2015 for calculating a ship’s speed in compliance with ISO 15016:2015.