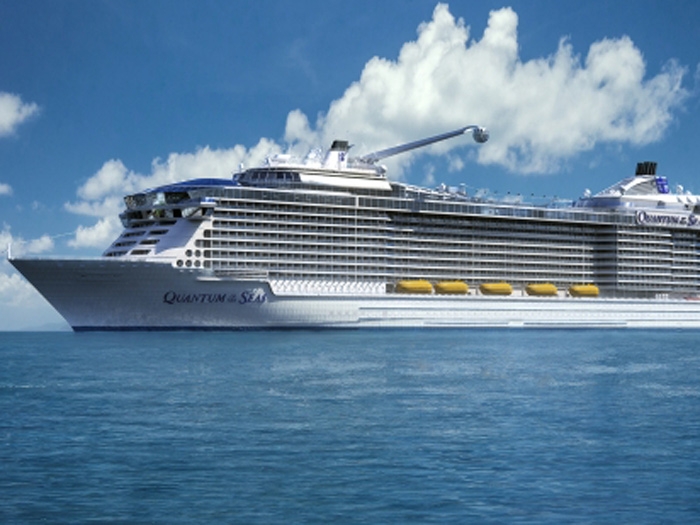 Quantum of the Seas

JANUARY 16, 2014 — Chesterfield, U.K., headquartered Cathelco says that when the first of Royal Caribbean’s new generation of 4,000 passenger Quantum class cruise ships is launched this year, its equipment will be protecting the hull and seawater pipework systems.

“The flow rates through the seachests serving the air conditioning system are up to 4,730 cubic meters per hour,” says Cathelco’s Carlo Soddu, who has been closely involved in the project. “For these seachests we are supplying pairs of our largest copper and aluminum anodes measuring 1,100 mm in length and 140 mm in diameter.”

The ships are also being supplied with Cathelco impressed current cathodic protection systems (ICCP) which will safeguard the hull surfaces against corrosion.

The 250 amp forward system will have an arrangement of two 125 C-Max disc anodes and reference electrodes wired to a thyristor control panel and mounted port and starboard. The more powerful 350 amp aft system will have two 175 amp C-Max disc anodes and reference electrodes. C-Max anodes are compact, lightweight and have the advantage of being diver changeable for easy replacement without drydocking.

Cathelco is also supplying ICCP systems for two cruise ships for Carnival and Holland America Line which are being constructed by Italian shipbuilder Fincanteri.

The 99,000 grt Holland America Line vessel will be capable of accommodating 2,660 passengers, while the 135,000 grt Carnival Cruise Lines ship will have a capacity of 4,000 people.

The Holland America ship is scheduled for delivery in late 2015, whilst the new Carnival Cruise ship will enter service in the winter of 2016.

It is likely that these vessels will be the first cruise ships to be installed with the latest Cathelco Quantum ICCP control panels which, says Cathelco, have the advantages of easy control/ monitoring and comprehensive data logging. They also provide greater connectivity enabling data to be displayed remotely or integrated with the ship’s computer systems.