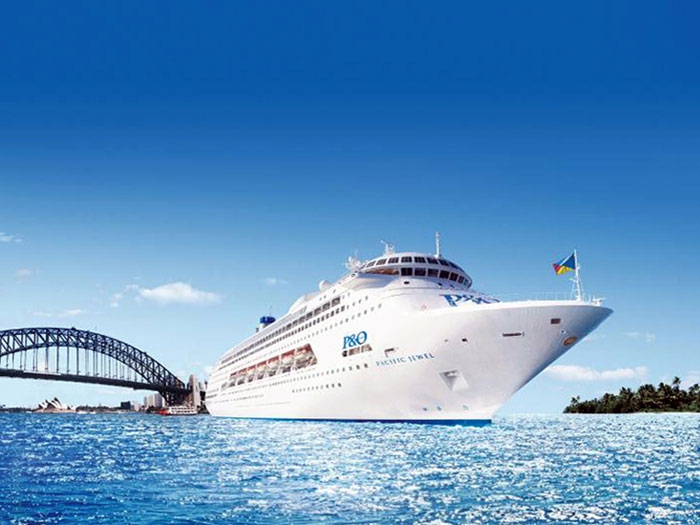 MAY 20, 2014—In a move to boost its leading presence in the Australasia cruise market, Carnival Corporation & plc, Miami, FL, announced plans to add two more ships in November 2015 to grow its fleet to five under its P&O brand fleet. This follows an announcement last week that it would be adding cruise ships to its brand fleets in China.

Over the last five years, the Australian cruise passenger has seen rapid growth, rising by 130 percent. In 2013, there were an estimated 800,000 cruise passengers in 2013. The number is expected to jump to 1 million by 2016.

The two ships being added to P&O Cruises are currently sailing as ms Ryndam and ms Statendam under Carnival’s Holland America Line brand. Once the ships are refurbished, they will join P&O Cruises’ Pacific Dawn, Pacific Jewel and Pacific Pearl already positioned in Australia.

With five ships, P&O Cruises will have greater flexibility to offer short-break cruises, traditional cruises to the South Pacific and cruises to new destinations such as Papua New Guinea and Asia.

To replace the capacity of the repositioned ships, Holland America Line will add the new Pinnacle Class ship in February 2016. It will be HAL’s largest ships to date at 99,500 tons and carry 2,660 passengers.

“By any measure, Australia is one of the top performing cruise markets in the world, with an eye-popping average annual passenger growth rate of 20 percent over the past decade,” says Carnival Corporation CEO Arnold Donald.

Carnival Corporation is the largest cruise operator in Australia and the only cruise company to have ships based full-time in Australian waters. Over the past 10 years Carnival Corporation has grown rapidly with its local fleet increasing from two full-time ships, both with P&O Cruises, to six full-time ships from three of the company’s brands – three P&O Cruises ships, two Princess Cruises ships and one Carnival Cruise Lines ship.

In 2015, with P&O Cruises adding its two ships and the return of Princess Cruises’ Sun Princess full-time, that number will increase to nine.

The company’s ships sail from five Australian cities as well as Auckland in New Zealand. During the past summer cruise season in Australia, the company had a record 20 ships from across seven of its brands sailing in Australian waters.

Expanding in China, too
The expansion in Australia follows Carnival’s announcement last week that it would expand its fleet based in China to four ships by 2015. Carnival’s plans call for the Costa Serena to join the Costa Victoria and Costa Atlantica in Shanghai to its Costa Cruises fleet in April 2015. Additionally, P&O Cruises will begin sailing the Sapphire Princess out of Shanghai starting May 21 through September 3, 2014.

Overall, there were an estimated 21.3 million cruise passengers in 2013. It is expected to grow to 21.7 million in 2014. While the U.S. accounts for 51.7 percent of the total annual passengers, China is projected to develop into the second largest cruise market by 2017.