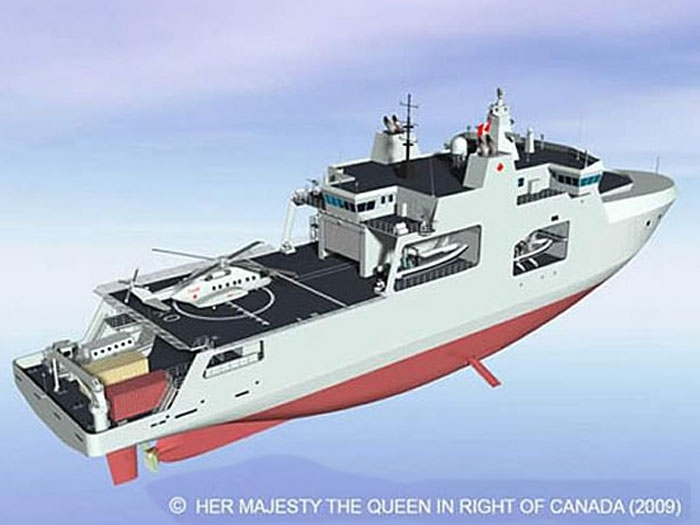 OCTOBER 28, 2014 — There was a welter of denials when the Canadian Press news service reported this month that Ottawa plans to scale back the number of Arctic/Offshore Patrol Ships it will build at Irving Shipbuilding, Halifax, N.S. from the announced six to eight, to five, with an option for six.

“We have received absolutely no change from our customer in terms of what our near-term or long-term workload should be,” said Irving Shipbuilding President Kevin McCoy said before starting a speech at a shipbuilding conference in Halifax.

Nonetheless, a report from Canada’s budget watchdog, the Parliamentary Budget Office (PBO), says that if Ottawa wants to have all eight ships it will have to come up with more money, or accept ships with a much reduced icebreaking capability compared with what was originally envisaged.

The objective of the A/OPS project, notes the PBO is to deliver six-to-eight ice-capable, offshore patrol ships for the Royal Canadian Navy, as well as jetty infrastructure.The budget for the project has been set at $3.1 billion: approximately $2.8 billion to acquire the ships with the remaining $274 million designated for jetty infrastructure improvements at Esquimalt, Halifax, and Nanisivik in Nunavut.

“PBO analysis suggests that the current budget will be insufficient to procure six to eight A/OPS as planned,” says the PBO. “Rather, it is more likely that, if there are no delays, the current budget will allow for four ships to be built. However, any delay over a year would mean that the budget would likely only be sufficient to build three ships. Schedule slips, therefore, may have a significant impact on the government’s purchasing power and on other projects down the pipeline, such as the Canadian Surface Combatant.”