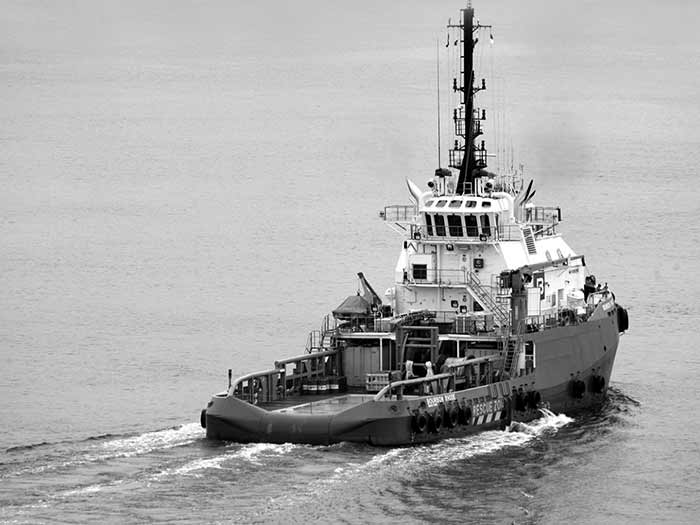 Bourbon Offshore today reported the death of another crew member following the sinking of the tug Bourbon Rhode in the Atlantic Ocean on September 26.

The Bourbon Rhode had 14 crew on board at the time it sent a distress call. Three seafarers were found alive in a lifeboat this past Saturday.

The bodies of three more crew members were subsequently recovered

The body of this fourth seafarer was discovered yesterday and transferred to the French Navy frigate Ventôse.

“On behalf of Bourbon, I would like to express our condolences to the family and friends of the deceased seafarer,” said Bourbon Crisis Cell Director Cyrille Le Bris. “We are at their side to accompany them through this terrible ordeal. Despite significant search resources for the rescue of the crew, the fate of the missing is an ever-increasing source of anxiety for the families. We remain fully mobilized to pursue relief operations and reiterate our warm thanks to all the teams that have volunteered and are helping us in our search.”

Over the past seven days, an exceptionally extensive search operation has been implemented by the French West Indies-Guyana Regional Operational Center for Surveillance and Rescue and the French Navy, with the support of the U.S. authorities. Significant maritime and air resources today continued to be deployed over search areas.