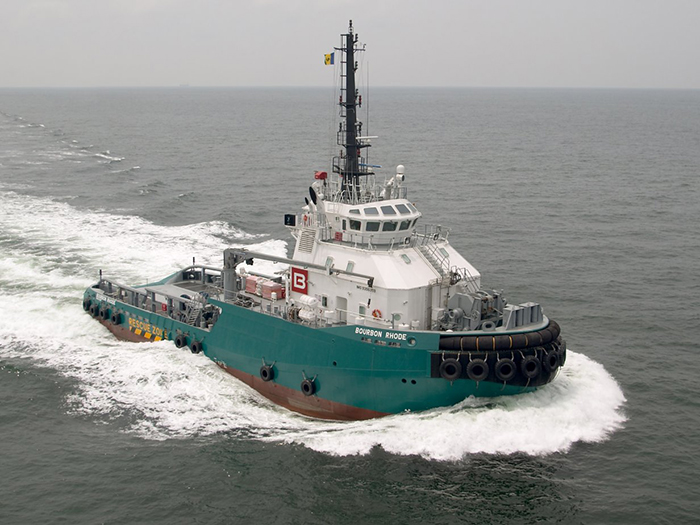 Bourbon Offshore said today that the body of one of the crew members aboard its tug supply vessel Bourbon Rhode had been located and recovered.

The Bourbon Rhode, with 14 crew on board, sent a distress signal last Thursday after becoming caught near the eye of Hurricane Lorenzo, which was a category 4 hurricane at the time. The vessel was in transit approximately 1,200 nautical miles off Martinique at that time and reported taking on water at the stern.

A massive search and rescue mission has since been underway and on Saturday Bourbon confirmed that the vessel had sunk, but reported that a lifeboat carrying three crew members had been located by a French Navy Dassault Falcon 50 aircraft specially equipped for this type of mission. The three crew members were transferred to one of the commercial vessels involved in the response.

Bourbon said today that rescue operations are continuing to try to find the other crew members, with significant maritime and air search resources deployed by the French and American authorities.

Operations are being coordinated by the Antilles-Guyane CROSS (Regional Operational Center for Surveillance and Rescue).