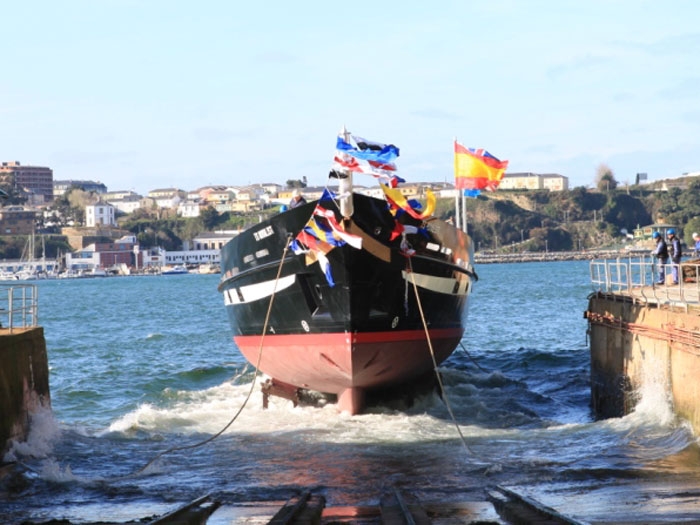 The launch ceremony was attended by representatives from the British organization, including 12 Sea Cadets from across the U.K., accompanied by Gondan Shipyard’s Chairman, Mr. Álvaro Platero, along with the rest of the staff.

“This is a monumental occasion for us and a once in a lifetime opportunity for Sea Cadets to see first-hand and experience the launch of their brand new ship,” said Captain Jonathan Holloway RN, Captain Sea Cadets, says “We look forward to next year to the commissioning of the new ship when Sea Cadets will finally have the chance to sail the new ship on an offshore voyage.”

Ordered in August 2013, the vessel is to be named TS Royalist. With a length overall of 32 m and a beam of 7.36 m. the modern sail training vessel will accommodate 24 cadets as trainees on voyages of  from six to fourteen days in northern European sea waters.