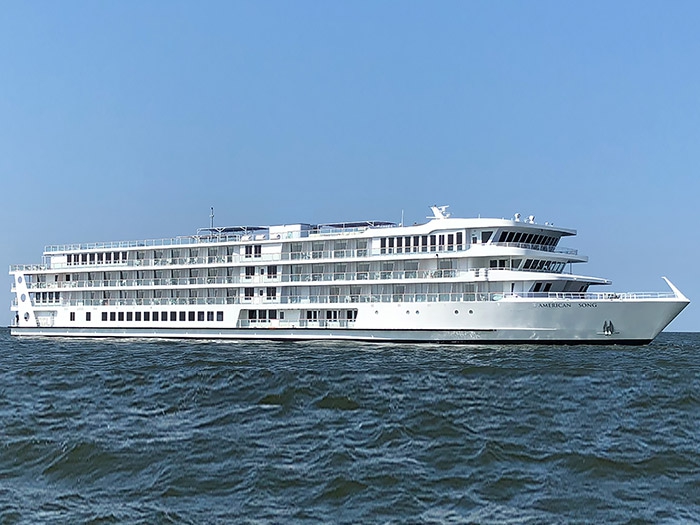 AUGUST 29, 2018 — American Cruise Lines reports that its new ship American Song — the first modern riverboat in U.S. history — has successfully passed sea trials and is now on its way to New Orleans, where it is expected the first week in September.

American Cruise Lines says the 184 passenger American Song will introduce many pioneering innovations. The new riverboat will feature lounges soaring 40 feet above the water with triple the glass of other riverboats and will also feature the Atrium, a four-story glass-enclosed area with a large domed skylight, which will serve as the central gathering point for the entire ship.

American Song will cruise a full schedule of 8-day Lower Mississippi River cruises throughout the remainder of 2018 and then will reposition to the West Coast in 2019, for American’s Columbia and Snake Rivers cruises beginning in March.