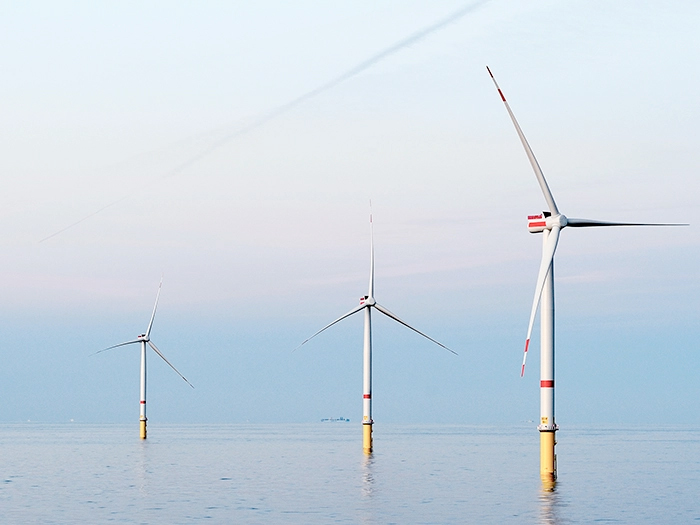 “Ørsted and Eversource’s commitments, as part of their Revolution Wind offshore wind farm, will expand our efforts already underway to build our talent pool and provide opportunities for college students in Rhode Island to study for a career in offshore wind,” said Rhode Island Governor Gina. M. Raimondo. “When they are ready to work, we will have plenty of jobs for them in our growing offshore wind supply chain, right here in Rhode Island.”

Ørsted and Eversource have committed to invest $4.5 million locally, with a $3 million investment in offshore wind programs led by the University of Rhode Island working in partnership with other institutions of higher learning in the state.

Ørsted and Eversource will invest an additional $1.5 million, which will go to the Rhode Island Commerce Corporation and the Rhode Island Department of Labor and Training, to support the development of the state’s offshore wind supply chain and workforce.

“Revolution Wind is the exciting next chapter for offshore wind in the state that launched this new American industry,” said Ørsted U.S. Offshore Wind Co-CEO Jeffrey Grybowski. “We stand ready to make major investments in our home state to make sure Rhode Island students, and the state’s supply chain, are ready for this new clean-jobs sector.”

In February, National Grid filed its proposed power-purchase contract with Ørsted and Eversource for the 400-megawatt (MW) Revolution Wind offshore wind farm with the Rhode Island Public Utilities Commission for review. Ørsted and Eversource’s investments are subject to the PUC’s decision on the project, which is expected by June 1, and final permitting of the project by state and federal agencies.

If approved, Revolution Wind will generate approximately one-quarter of all the electricity used by Rhode Islanders annually and will help increase the state’s clean energy portfolio ten-fold by the end of 2020. Once permits are in-hand, local construction work on Revolution Wind could begin as early as next year, with the project potentially in operation by 2023. The Revolution Wind project will be located in federal waters approximately 15 miles southeast of the New England coast.

The project – originally developed by Providence-based Deepwater Wind, which has since been acquired by Ørsted – is expected to create more than 800 direct construction jobs and 50 permanent jobs for Rhode Islanders at every skill level. Hundreds more jobs will be supported indirectly.