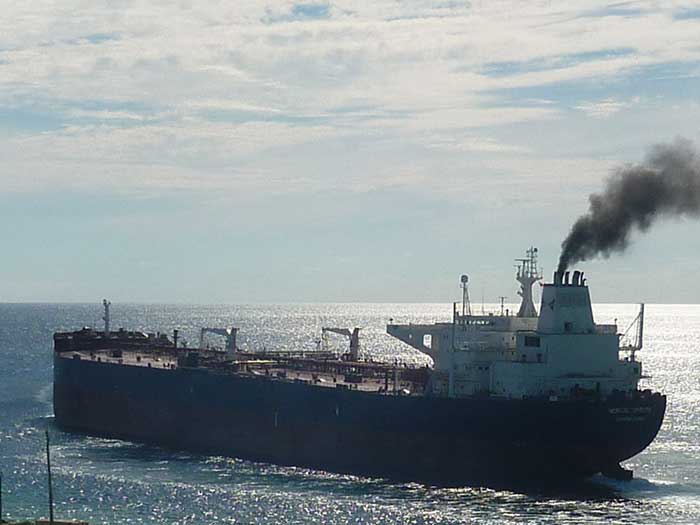 JULY 12, 2017 — Lyngby, Denmark, headquartered Explicit reports that it has been contracted by the Danish EPA to perform airborne surveillance for ships’ compliance with sulfur restrictions in Danish waters, starting this month. Vessels’ exhaust plumes will be sampled using a new sniffer technology developed by Explicit for easy-mounting on helicopters and, eventually, drones.

The objective is to detect and deter violations of the 0.10 percent ECA restriction on sulfur in bunker fuel.

The new “nose in the sky” is Explicit’s Mini Sniffer System which is capable of measuring both sulfur and NOX emissions from vessels to determine their compliance. It is small enough to be carried on a drone without compromising quality or reliability, but will initially be deployed on a manned helicopter.

”The manned helicopter is an extremely efficient tool for this purpose, both because of the speed with which it can cover large areas and many ships, but also because of its maneuverability in the plume,” says Explicit spokeman Jon Knudsen. “This is key. Our demonstrations have shown that the ability to navigate in the plume is absolutely critical to getting good airborne measurement results. You can achieve the same with rotary drones, but the manned helicopter currently has a much larger operational capacity.”

The Explicit technology includes “smart flight” software to help maneuver in the plume, using real-time sensor feedback to optimize the position for sampling. The company has also been able to miniaturize the sniffer unit itself to about 500 grams which makes it easy to carry.

“Last but not least, we have developed a set of advanced algorithms enabling us to calculate the sulfur content and NOX emissions to reliably determine compliance,” says Mr. Knudsen.

The system’s capabilities have been validated independently by FORCE Technology, the Danish Government reference lab for air emissions.

“All our sniffer units are calibrated and certified pre-deployment by FORCE Technology according to a recognized ISO standard and we have special quality control procedures in place to preserve data integrity,” say Mr. Knudsen. “We also prefer to fly with a multiple sniffer unit setup where possible, to lower the uncertainty and build more supportive evidence.”

Explicit is now looking towards international markets and last year conducted a large-scale test campaign in Dutch waters together with the Dutch authorites (ILT). The campaign provided important insights into compliance at sea within the North European SECA.