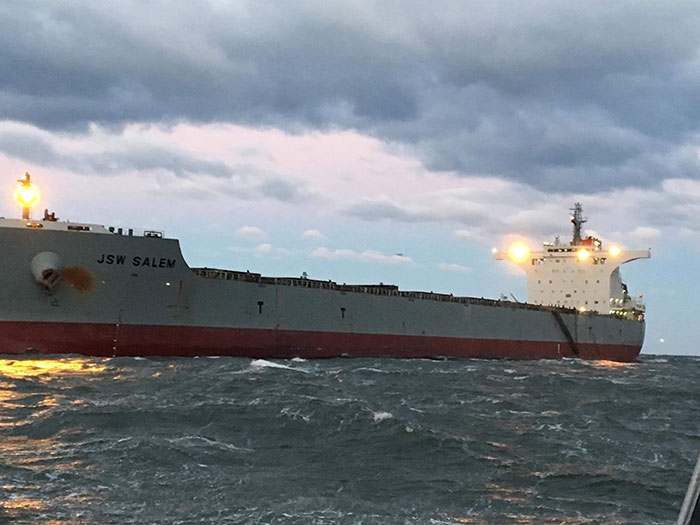 JANUARY 10, 2019 — The Coast Guard assisted the crew of a Panamanian flagged bulker after it ran aground about 2.5 miles east of Virginia Beach, VA, Thursday morning.

The ship’s crew reported there were 120,000 metric tons of coal and 26 people aboard the ship.

The JSW Salem was able to refloat with the rising tide and the RB-M crew escorted the ship to an anchorage about one mile off Virginia Beach.

“Our top priority is always the safety of life,” said Capt. Kevin Carroll, commander of Sector Hampton Roads. “Preserving the environment and protecting maritime commerce are also some of our top priorities. We are pleased there were no injuries or pollution reported during this incident, and I applaud our Coast Guard crews and first responders that sprang into action to successfully resolve this incident.”

The cause of the grounding is being investigated by the Coast Guard.