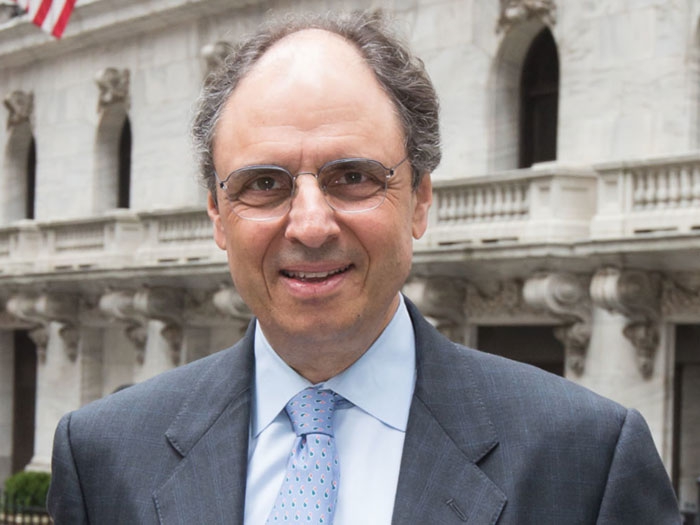 JANUARY 16, 2019 — The Connecticut Maritime Association (CMA) has named John C. Hadjipateras, Chairman, CEO & President of Dorian LPG Ltd., as its Commodore for the year 2019. He will be presented with the 2019 Commodore Award on April 4, 2019 at the Gala Dinner concluding the annual CMA conference and trade show at the Hilton Hotel in Stamford, CT.

The award is given each year to a person in the international maritime industry who has contributed to the growth and development of the industry.

“John’s lifelong passion for the industry, his deep and passionate engagement in every aspect that it takes to run a ship and shipping company safely and profitably are inspiring,” said Joe Gross, President of the CMA. “So too have been the commercial insights that he and his team have demonstrated in finding the right commercial sectors for the time.

“While John and his family’s commitment to our industry is inspiring, equally important to the CMA community is the fact that John and his company have participated in, contributed to, and just generally been terrific supporters of the association’s existence and its educational objectives.

“In many respects he is the perfect Commodore — successful, supportive, passionate about the industry, and an acknowledged global leader — in our own backyard.”

John C. Hadjipateras serves as Chairman of the Board and as President and Chief Executive Officer of Dorian LPG Ltd., which currently owns and operate a fleet of 22 modern VLGCs

From 1972 to 1992, Mr. Hadjipateras was the Managing Director of Peninsular Maritime Ltd., in London and subsequently served as President of Eagle Ocean. He has served as a member of the board of the Greek Shipping Cooperation Committee of the Council of Intertanko and has been a member of the Baltic Exchange since 1972 and of the American Bureau of Shipping since 2011. He also served on the Board of Advisors of the Faculty of Language and Linguistics of Georgetown University and is a trustee of Kidscape, a leading U.K. charity organization. He was a Director of SEACOR Holdings Inc. from 2000 until 2013. He is a long-time member and supporter of the Connecticut Maritime Association (CMA).