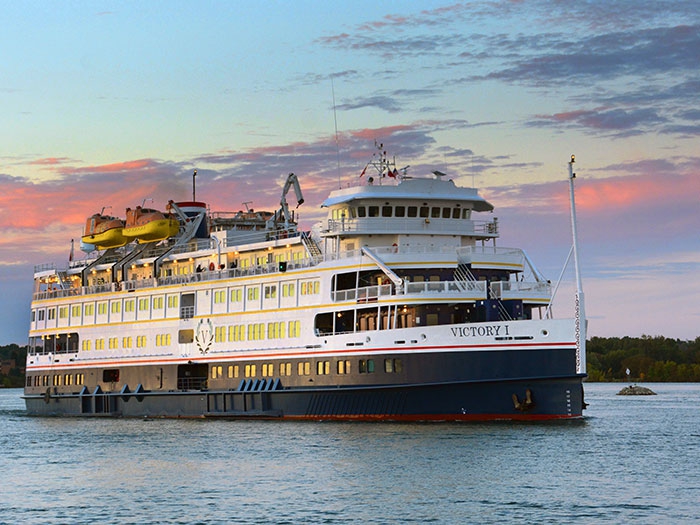 This investment expands the company’s portfolio to include award-winning, small ship cruising on the Great Lakes.

Victory I and Victory II will spend the winter and spring season at Gulf Island Shipyard in Houma, LA, undergoing a multimillion-dollar refurbishment and upgrade program before re-entering service in May 2019.

“American Queen Steamboat Company celebrated a record year in 2018, and the recent addition of the Victory I and Victory II to our fleet is a wonderful way to start 2019,” said American Queen Steamboat Company Chairman and CEO John Waggoner. “Our repeat guests have long shared their desire to sail the Great Lakes and these vessels, currently undergoing a shipyard refresh alongside the under construction American Countess, will deliver unforgettable travel memories in a new and growing region.”

The 202-passenger Victory I and Victory II are small ships purpose-designed for coastal cruising. The 5,000-ton, 300-foot-long, 202-passenger are both identical and awere delivered by the Atlantic Marine shipyard in Jacksonville, FL, in 2001 and 2002, respectively, as the Cape May Light and Cape Cod Light.