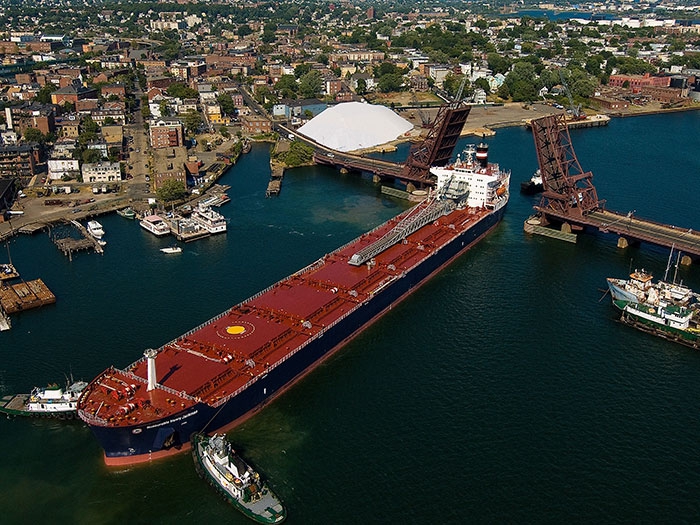 Algoma is to acquire the interest held by Oldendorff in the CSL International Pool, including the three Oldendorff ships operating in the pool.

As a result, Algoma’s interest in the pool will increase to about 40%. The pool consists of 18 self-unloading vessels ranging from handy-sized to panamax and provides specialized shipping services along the coasts of the Americas and in the Caribbean. Algoma currently owns five vessels operating in the pool. Now it will acquire the handy-sized m/v Alice Oldendorff, and the m/v Harmen Oldendorff and the m/v Sophie Oldendorff, both of which are panamax vessels. The deal is expected to close late in the second quarter of 2019.

Algoma expects to fund the transaction principally from the proceeds of the refund guarantees from the cancelation of four Croatian shipbuilding contracts.

“Redeploying the proceeds of the refund guarantees in this manner enables us to put those funds to work quickly in a business we know well with attractive returns,” said Peter Winkley, Chief Financial Officer of Algoma.

In an update on its fleet renewal program, Algoma notes that it originally entered into five shipbuilding contracts with 3Maj Shipyard, an operating unit of Uljanik d.d of Croatia.

“After considerable delay, the first of the five vessels was delivered in 2018; however, Algoma canceled the remaining four contracts as the shipyard’s financial difficulties led to a much-publicized attempt to refinance the company and shipyard management was unable to put forward a credible plan that would lead to completion of the remaining hulls,” says Algoma.

“While we are extremely disappointed in the failure by the shipyard to complete the vessels on time, the shipyard and its banks have been very cooperative in finalizing the cancelations and refunding the instalments promptly,” said Winkley.

As a result of the cancelation of the Croatian contracts, Algoma has taken steps to extend the expiry dates on three existing option contracts held with Yangzijiang Shipyard in China (YZJ) until later in 2019. These options, which provide the company with a choice to build Equinox Class self-unloaders or gearless bulkers at attractive prices, were to expire at the end of December.

“The extensions provide Algoma time to assess which type of ship to build, taking into account our current fleet plan and the needs of our customers,” said Gregg Ruhl, Chief Operating Officer of Algoma. “We have developed a strong relationship with YZJ shipyard over the past three years and we have good experience with their ability to delivery a quality new-build on time and on budget,”

Algoma contracted for the building of two Equinox Class seawaymax self-unloaders by YZJ in 2015 and subsequently enlisted the support of the shipyard to complete two of the partially built Nantong Mingde hulls, which Algoma acquired from that bankrupt shipyard. Three of the four ships have been delivered. The final Nantong Mingde hull, the Algoma Conveyor, is scheduled for delivery in February and is expected to be in service for the 2019 navigation season.