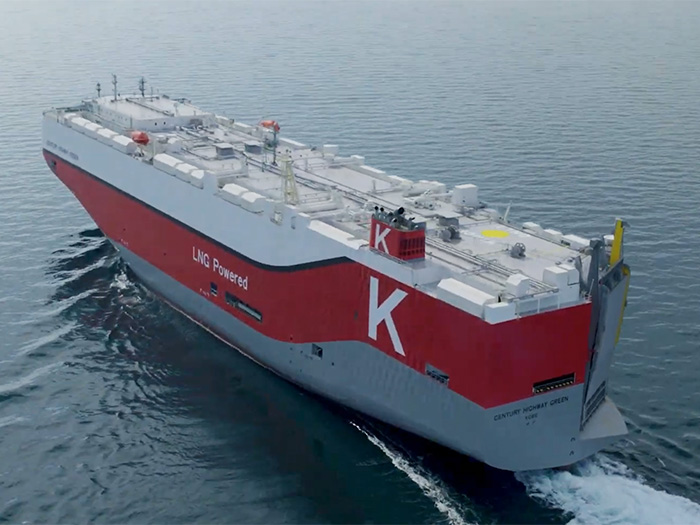 Version 2 of ClassNK’s Guidelines for Remote Surveys, published in January 2021, sets transparent standards for remote surveys to ensure a reliability equivalent to conventionally witnessed surveys. Version 2 also includes a revision to include class notation requirements for ships that have made advance preparation for remote surveys, such as procedures to be followed by crewmembers.

ClassNK carried out its verification of Century Highway Green in line with the guidelines and, on satisfactory completion of its document/plan examination and survey, issued the ship with its first certificate with RMSV notation to be awarded to a newbuilding.

K-Line has strengthened the car carrier’s infrastructure for onboard and ship-to-land communication beyond that of conventional ships.

You can get an overview of the ship and insights into the remote survey from the videos.