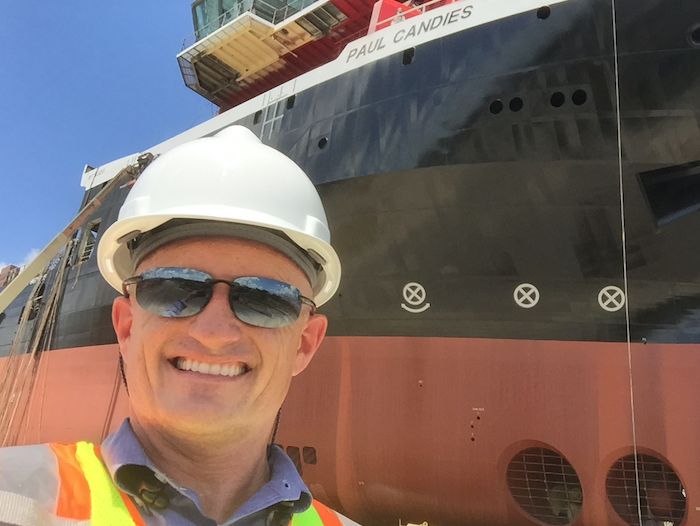 Luke Briant of Siemens Energy gives us the scoop on what the company has going on in maritime.

[Sponsored Content]: Siemens Energy Inc. is one of the world’s leading energy technology companies. The company works with its customers and partners on energy systems for the future, thus supporting the transition to a more sustainable world.

Marine Log (ML): Can you go into some detail on DEP? First, what is it and why is it important?

Luke Briant (LB): Diesel electric propulsion (DEP) is a versatile, redundant power and propulsion system which incorporates diesel-electric technology adaptable to vessels of many sizes. A diesel-electric propulsion system has multiple diesel engines, which each drive an electric generator, providing the electric power that energizes Variable Frequency Drives (VFD’s), which drive variable speed electric motors connected to the ships propellers, as well as auxiliary electrical systems which support the hotel and auxiliary electrical loads on the ship.

Depending on electrical power demand, not all diesel generators have to be operating at all times. This enables overall less fuel consumption compared to a direct drive diesel mechanical propulsion system.

The losses are due to the additional system components, i.e. generators, switchboards, transformers, cables, converters (VFD) and motors etc.

Diesel electric propulsion systems have higher weight compared to diesel-mechanical systems and the overall system has a higher investment cost (CAPEX) compared to diesel mechanical systems. Diesel electric propulsion is only normally viable if the engines are used at their most effective operating point, and there is less total installed power through cross utilization. Mechanical drives are most efficient when the engine is at its most efficient operating point, which is normally between 70 to 85% MCR (Maximum Continues Rating).

As we move through the 21st century the design of ships continues to change and evolve as do the increasing needs for vessel operators. As a result, DEP and hybrid DEP systems are becoming more important in the marine vessel market. Vessels with propulsion systems which have higher fuel efficiency in all operational stages will be favored and have more potential for growth.

Requirements for reliability, redundancy, maneuverability, less maintenance with reduced cost, vibration and noise reduction are becoming more rigorous. As a result, operators and owners are consequently focusing more and more on ships that provide a smaller environment risk as well as offering creature comforts. The reduction in fuel consumption and environmental emission from diesel electric propulsion compared to conventional mechanical propulsion is significant for vessels with a diversified operational profile. Savings of 30-40% in fuel consumption annually has been reported from ship owners.

In 2012, Siemens Energy, Marine Solutions was the first company in the world to introduce the next generation of DEP technology, called SiShip BlueDrive PLUSC™.

Siemens Energy has over many years created a wide portfolio and extensive competence within the field of power electronics and propulsion systems. By changing the conventional DEP propulsion system configuration and implementing a total new control philosophy, the ultracompact SiShip BlueDrive PLUSC™ system was created. With this system a whole new set of possibilities and advantages are now available compared to conventional DEP systems.

• Clean power supply to all auxiliary consumers; and

ML: What issues of onboard space are there for things that get added in, such as batteries?

LB: Energy Storage Systems (ESS) add significant advantages to vessel systems based on a number of factors including but not limited to reliability, redundancy, efficiency and availability. With these advantages comes additional requirements to support the technology. Depending on the ESS being implemented, auxiliary power, sub systems, cooling systems, monitoring and fire suppression all have to be taken into account. Classification societies and USCG requirements also drive the additional support systems and safety measures required.

ML: What crew training will be needed?

LB: Crew Training is required for both DEP vessels, hybrid or all electric vessel systems. From a vessel operations perspective the ships crew will need additional marine operations and System technical training to be able to operate the vessel safely and efficiently.

Siemens Energy provides both hands on (on the job), classroom and remote training programs as needed and preferred by our customers.

ML: What hurdles did you overcome on the WSF project specifically, and how did Siemens Energy overcome those challenges?

LB: The main challengers Siemens Energy had to overcome with our WSF Jumbo Mark II Hybridization project was mainly developing the first of its kind charging arm and integrated system. This required additional engineering challengers and classification approvals with the USCG and WSF.

Combined with a new charging arm and integrated system, additional vessel structural and operational changes needed to be incorporated with both the vessel and shoreside charging system. The project is coming to the final stages of the detailed engineering phase.

What has been imperative to the success of this project, is the professionalism, collaboration and experience all parties including WSF, Glosten, Stemmann – Technik and Siemens Energy have brought to this uniquely challenging project.

ML: Are you seeing other customers who are interested in a hybrid solution in maritime?

LB: Yes, many including but not limited to clients who own and operate, ferries, offshore vessels for renewables, oil & gas, along with workboats and research vessels. The list is endless for Marine hybrid applications that ultimately provide safer, more efficient, and reliable solutions which can significantly impact on their OPEX and overall carbon footprint. 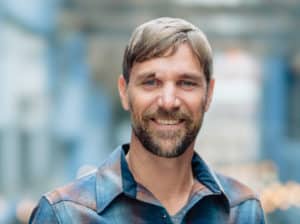 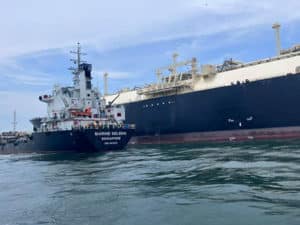 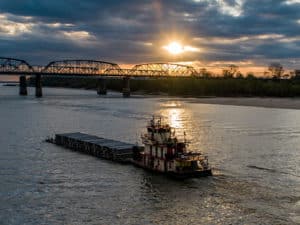