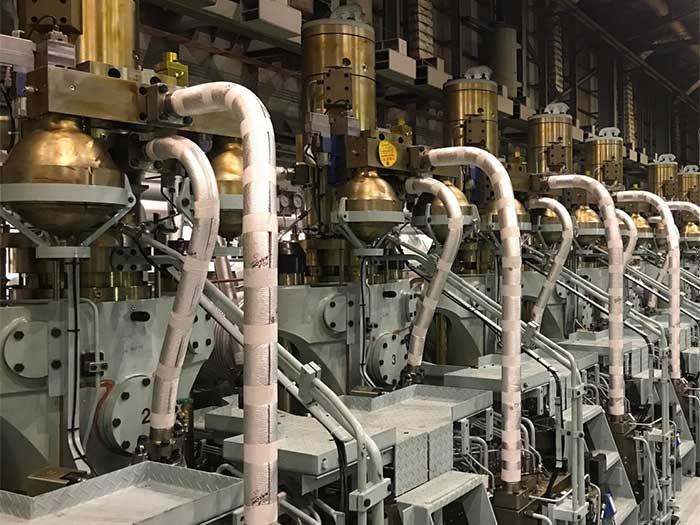 The engines will be built in Korea and offer the option of operating on LNG or conventional fuel, meeting Tier III emission standards through SCR (Selective Catalytic Reduction). The first engine delivery is scheduled for May 2022.

DSME is set to deliver the first six box ships between April – December 2023, with the six scovered by the new option scheduled for delivery by end-2024.

“The exercising of this option is a great show of confidence in the ME-GI engine and showcases MAN Energy Solutions’ continued leadership in the dual-fuel segment,” said Wayne Jones, chief sales officer and member of the executive board of MAN Energy Slutions. “As public criticism of emissions within the shipping segment increases exponentially, the ME-GI – with its extremely low methane-slip – is an increasingly attractive propulsion-solution, and particularly so for vessels such as large container ships.”

Bjarne Foldager, senior vice president and head of two-stroke business at MAN Energy Solutions, said: “The ME-GI is the world’s most efficient LNG engine, backed up by more than 1.7 million running hours on LNG alone, as well as our unique partnership approach and follow-up commitment for vessels in service. Furthermore, it has low CO2 and greenhouse-gas emissions, and a modular platform that facilitates conversion to other alternative fuels such as ammonia – should the need arise – which makes the engine truly future-proof.”

Hapag-Lloyd says the six additional ships have been financed via a syndicated green loan in the amount of $852 million that has a maturity of 12 years from the date of delivery. The transaction was concluded in accordance with the Green Loan Principles of the Loan Market Association (LMA) while also being verified by an independent expert in the form of a secondary party opinion of the DNV. The credit facility is being backed by the Korea Trade Insurance Corporation (K-SURE), and the syndicate consists of 10 banks.

“With this investment in the additional newbuildings, we want to take another step in the ongoing modernization of our fleet – in terms of both ship size and sustainability,” says Rolf Habben Jansen, CEO of Hapag-Lloyd. “At the same time, we want to meet the persistently high demand and reduce our slot costs.”

The vessels will be deployed on the Europe-Far East routes as part of THE Alliance,