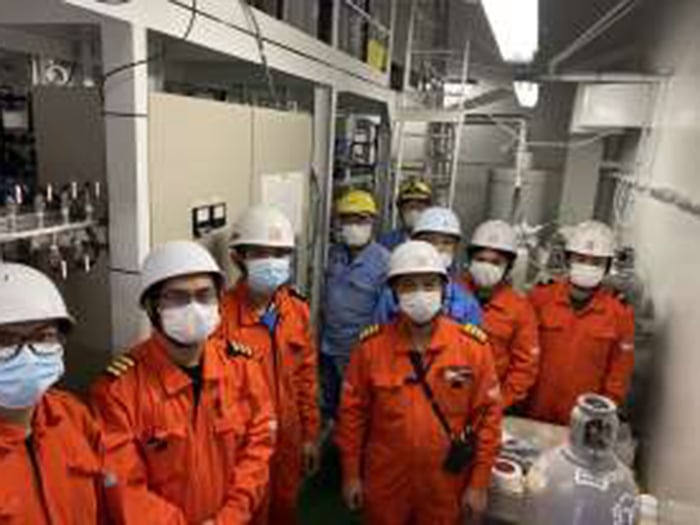 The world’s first of its kind ship-based carbon capture system to be successfully trialed on an actual voyage has received the Marine Engineering of the Year 2021 (Doko Memorial) Award from the Japan Institute of Marine Engineering (JIME).

This prize, awarded for outstanding technical achievements in the fields of marine engines and equipment, offshore instruments, and related marine engineering, aims to draw attention to the innovativeness and importance of these achievements both in Japan and around the world, and support the further advancement of associated scientific and industrial technologies.

The Carbon Capture on the Ocean (CC-Ocean) project, a cooperation between Mitsubishi Shipbuilding Co., Ltd., a part of Mitsubishi Heavy Industries (MHI) Group, Kawasaki Kisen Kaisha, Ltd. (“K” Line) and ClassNK has involved converting an existing CO2 capture system for onshore power plants to a marine environment. The system was installed on board the Corona Utility, a Tohoku Electric Power Co. coal carrier operated by “K” Line. Demonstration testing was conducted for approximately six months starting in August 2021. The amount, ratio, and purity of the captured CO2 were all in line with plan, with the captured CO2 having a purity of greater than 99.9%,

The project demonstrates the feasibility of capturing CO2 from the flue gas of marine engines onboard ships, where operating conditions differ from those on land.

ClassNK was involved in the evaluation and verification of the overall project from a safety perspective. The knowledge gained from this project will be used to develop adequate standards related to carbon capture technologies in order to contribute to the reduction of GHG emissions from ships.