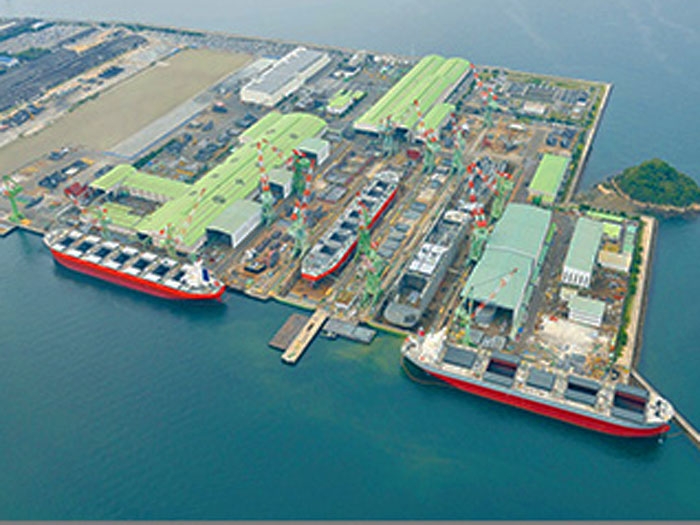 They will measure about 400 m x 59 m and will be built in a large newbuilding dry dock of about 600 m length x 80 m breadth to be constructed on reclaimed land that the shipbuilder is to construct on reclaimed land near its Marugame City headquarters. Imabari will invest about Yen 40-billion in the new Marugame facility which will include a block factory and three 1,200 ton of goliath cranes.

The first of the giant containerships is set for delivery in 2018. The new building dock has been granted a construction permit and work on it will start next month, with completion set for October 2016.

Though Imabari did not disclose the customer for the 20,000 TEU ships, it seems highly probable that they are the same ships as the eleven 18,000 TEU ships of the same hull dimensions and the same delivery horizon that Taiwan’s Evergreen Marine Corporation said yesterday that it will time charter from Imabari affiliated owner Shoei Kisen Kaisha, Ltd. Mr. Yukito Higaki is president of both Marubeni and Shoei.

So why is one bunch of ships said to be of 20,000 TEU capacity and the other a mere 18,000 TEU? The difference could be that between the nominal maximum TEU capacity of the ships and the actual number of containers that the operator intends to carry. The world’s largest box ship operator, Maersk Line, for example quotes ship capacity in terms of filled TEUs with an average 14 tonnes per box total weight. This value is always less than the straight TEU capacity.

Either way, the ships Imabari has on order are gigantic.  Meantime, in March it will deliver what will be the largest containership built in Japan thus far, the first in a series  of five 14,000 TEU vessels for “K” Line.