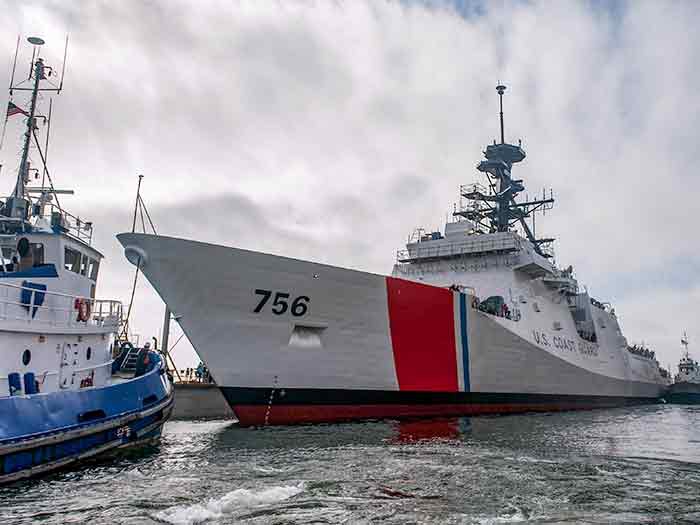 “This is an important milestone for Kimball and the National Security Cutter program,” Ingalls Shipbuilding President Brian Cuccias said. “The hot NSC production line we have at Ingalls, with six ships delivered and two more under construction, is allowing us to build these highly capable ships in the most efficient and cost-effective manner possible.”

Kimball was translated via Ingalls’ rail car system to the floating dry dock last week, and the dock was moved away from the pier on Saturday morning. With the assistance of tugboats, Kimball launched off the dock on Saturday afternoon.

“Our crew works hard to make sure these translations and launches go as smoothly as possible, while incorporating lessons learned from previous ships so we become that much more efficient,” said Derek Murphy, Ingalls’ NSC program manager. “After a successful launch, there is still much work to be done. We are now focused on the upcoming milestones such as first fuel, generator and engine light-offs, and sea trials.”

The ship is named in honor of Sumner Kimball, who organized and directed the U.S. Life Saving Service. He was a pioneer in organizing all of the different facilities associated with the service into what eventually became the U.S. Coast Guard.