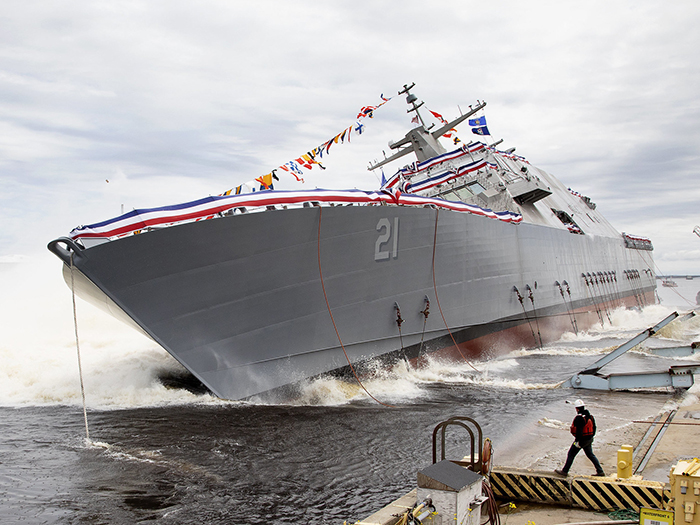 LCS 21 launches into the Menomee River

The future USS Minneapolis-Saint Paul (LCS 21) splashed into the Menominee River today in a spectacular side launch at the Fincantieri Marinette Marine Shipyard, Marinette, Wis.

Ship sponsor Jodi J. Greene, Deputy Under Secretary of the U.S. Navy for Policy, christened LCS 21 just prior to launch.

“Littoral combat ships are designed to operate in more areas than a typical Navy ship, including shallow water near the coastline,” said Deputy Undersecretary of the Navy Greene, who is a Northfield, Minnesota native “Consequently, LCS 21 is going to bring the name ‘Minneapolis-Saint Paul’ all around the globe.”

“LCS is the second largest ship class in the U.S. Navy, and Lockheed Martin is proud to deliver capability and added force projection with each additional hull,” said Joe DePietro, Lockheed Martin vice president and general manager of Small Combatants and Ship Systems. “LCS is ready to serve a variety of missions, and our team is working with the Navy to add lethality and survivability enhancements to meet the missions sailors will face in the future.”

“We take great pride in building the future USS Minneapolis-Saint Paul and all of the freedom variant ships,” said Jan Allman, Fincantieri Marinette Marine president and CEO. “LCS 21 and her sister ships will soon 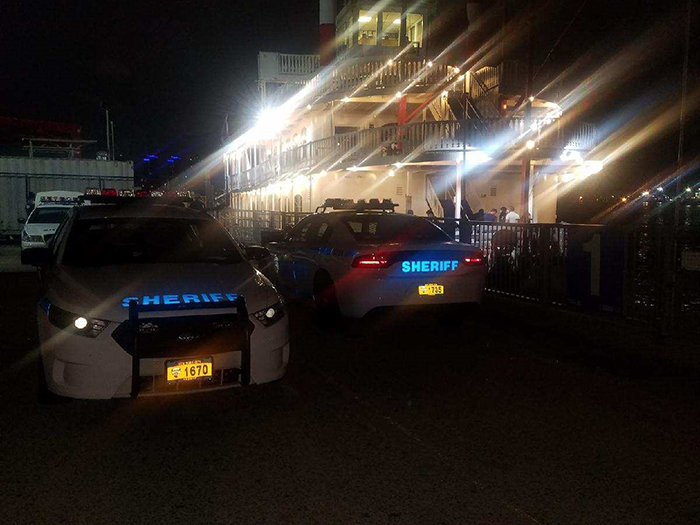